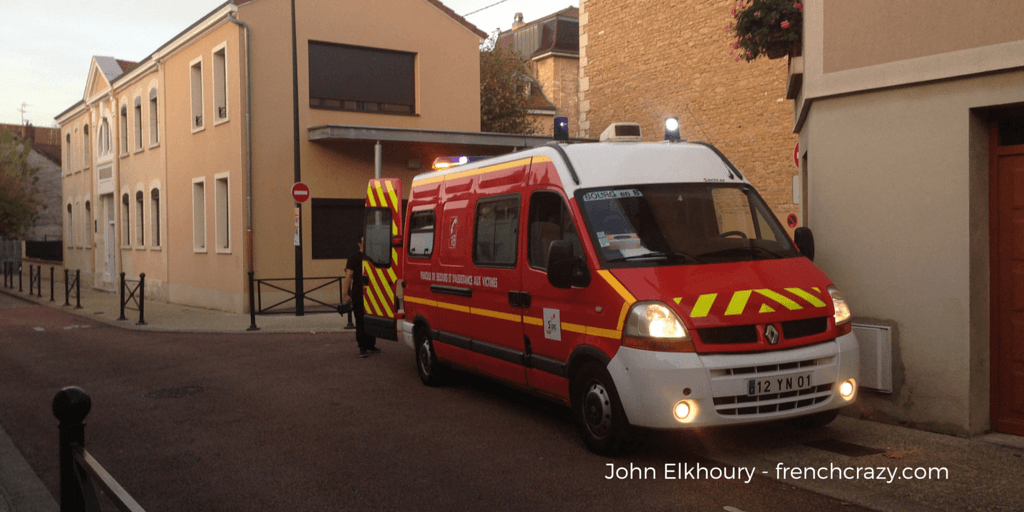 What’s the difference between France and the Anglo-Saxon model of healthcare? As someone who worked on ambulances in the United States, this question always interested me. I managed to study a bit about the system, talk to some healthcare professionals, and see the whole thing in action!

This is a two-part series on how healthcare is set up in France. Today we’ll start with the first responders and prehospital care in France. So how is EMS done in France?

When an emergency strikes, first responders are the ones to answer the call.

And the response is quick in France. About 80% of emergency calls get an ambulance in 10 minutes with 95% of the calls receiving a response in 15 minutes.

This is because all French hospitals, with the capabilities of a functioning emergency room, must run their own emergency service for the community.

Not only that. Ambulance services are provided to all patients for free – with checks in place to penalize abusers. This isn’t always the case in the United States.

In the US, those who work on the ambulance are known as Emergency Medical Technicians (EMTs). All states have a basic level (EMT-B) and a more advanced technician known as a paramedic (EMT-P). Many states also have intermediary levels, it’s crazy to see how each state differs in their terminology.

In France, basic life support (BLS care) is usually provided by the firefighters (called pompiers) or private ambulance services. The firefighters use bright red vanbulance with blue overhead lights. They are regulated on a national level and to call them, we dial 18 or 112.

Firefighter paramedics respond to emergency calls and rendezvous with ALS units known as SMUR (talked about in the next section). They are also typically the ones that respond to vehicular accidents or fire stand-bys. 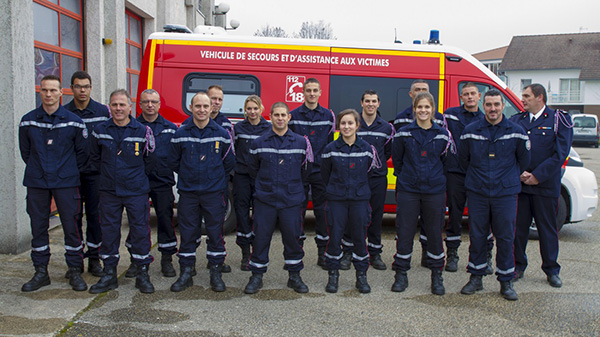 Firefighters from Montalieu-Vercieu posing in front of an ambulance – 2015

The firemen medics work in teams of three or four per ambulance and are given priority on the road when flying by on lights and sirens. Private ambulances that run emergency calls operate in teams of two or three people.

There are two levels of emergency technicians (ambulance workers). Let’s look at both of them.

These are EMTs with 70 hours of training. Their primary function is to drive the ambulance.The A1 level technician also receives training in packaging a patient for transport, body substance isolation, and safe driving. The A1 course costs approximately $800 (USD).

The higher level of technicians in France earn a degree from the state. These “Paramedic” programs last a total of 18 weeks, or 630 hours, with 455 of those hours being classroom learning. The other five weeks (175 hours) involves clinical training. This is less than the 1,200 – 1,800 hours that U.S. paramedics receive. I’ll explain why in the next section.

Module 1 – (105 hours): emergency care. This is the core of the program and it examines the various diseases and types of emergencies you’ll encounter from cardiac problems to respiratory distress. You’ll learn about resuscitation & ventilation, critical care, trauma patients, medical emergencies, maternity care, and pediatrics.

Module 2 – (70 hours): analyzing the clinical state of the patient. Here is a more in-depth look at the anatomy, physiology, pain management, and vitals of patients.

Module 3 – (35 hours): BSI precautions and how to prevent the transmission of infectious diseases.

Module 4 – (70 hours): the proper mobilization and handling of patients.

Module 5 – (70 hours): establishing and adapting communication to the patient and their entourage.

Module 8 (35 hours): the rules, mission, and valor of the profession.

You can find more information here (in French).

A typical French ambulance can carry up to three people in front and up to four in the back compartment. The law restricts a maximum of three patients per ambulance. Typically only one patient is transported per ambulance and the patient will be secured to the stretcher during emergent transport.

Prehospital care in France – at the technician level – is very similar to that in the USA. The firefighters do use backboards, c-collars, BSI protection, can administer oxygen, and perform other interventions. They also adhere to a set of protocols.

There’s a guarantee that help will arrive on scene in no less than 30 minutes. People’s lives are on the line.

Being in contact with the patients is what I appreciate the most about this profession. When these people have never been hospitalized they dread arriving to the hospital. The role of an ambulance worker is to transport but, above all, to reassure them by explaining how it’ll pass at the hospital.

The French also provide non-emergency transportation in an ambulette or car-sized “ambulance” for patients who can walk.

What sets the Franco-Belge prehospital system from others is the idea of sending a specialized team of doctors and nurses when needed to the scene.

In France, the hospital comes to you. Doctors and nurses rush to the scene with specialized equipment and medication, then when the time is right they make a move towards the hospital in a large ambulance or with the aide of a rapid response vehicle.

The network offering these services is known as SAMU (service d’aide médicale urgente) and the rapid response units are known as SMUR (services mobile d’urgences et réanimation). The two terms are both used to signify a higher level of care.

An ambulance de réanimation responding to a call in Nantes

SAMU (pronounced: sah-moo) deals with emergencies such as heart attacks, intense car crashes, serious falls, birth or serious problems with children. The system has everything at its fingertips, from cardiac monitoring and a large array of medicationsto specialized techniques for getting the job done.

A SMUR team consists of one doctor, one nurse and a SMUR emergency technician. From what I’ve seen, the EMT on a SMUR ambulance primarily drives and deals with bystanders. The team may use a rapid response vehicle and rendezvous with a BLS ambulance or they’ll arrive in a fully equip transport unit. 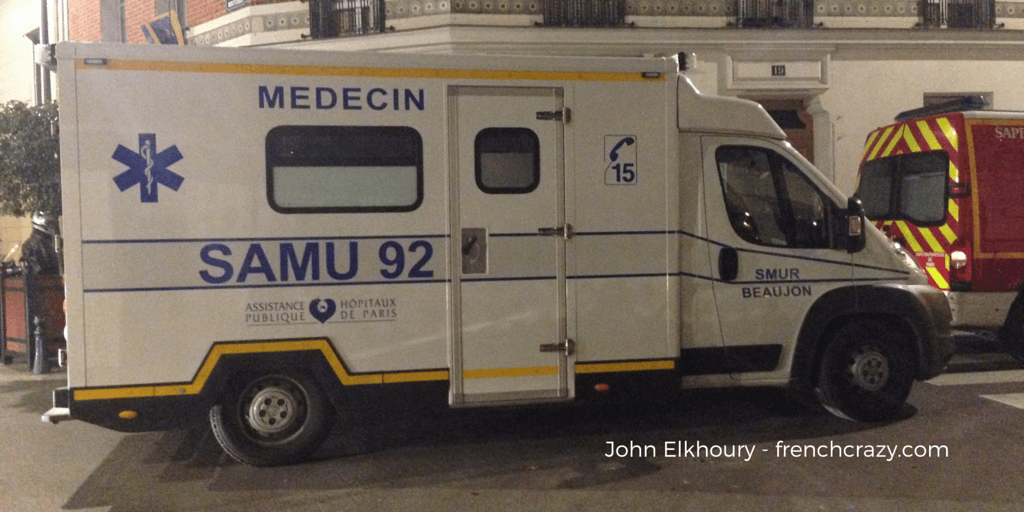 SAMU is run on a departmental level which is why SMUR units in different cities will often have different numbers. SAMU helps screen emergency medical calls and decide whether it’s appropriate to send an ambulance (apparently only 65% of calls receive an ambulance response due to good triage).

In the United States, we typically don’t send doctors to the scene of an emergency. And while prehospital nurses do exist, their use varies by state. In Pennsylvania, I’ve only met one prehospital nurse on ground ambulances after five years of being an EMT. The nurses here tend to be flight nurses and arrive on scene in the back of a helicopter.

SAMU is set at the departmental level and you need to call 15 to get the best. Helivacs are also available in France.

But what about the typical day-to-day healthcare because only those who have medical careers experience emergencies on a daily basis.

That suffices for part one of my Healthcare in France series. In part two, I’m going to explain: