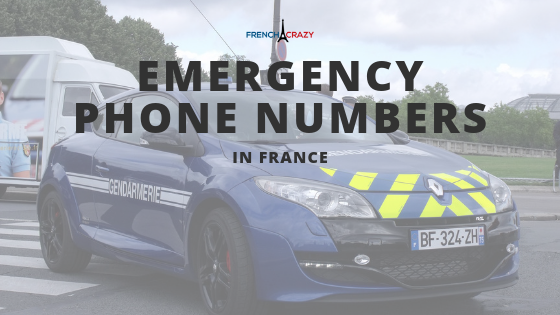 Say you are traveling to France or currently living in France and you were to encounter an emergency. Would you know what number to dial?

Both Canada and the United States use the famed “911,” as their emergency number. Australia uses “000” and the United Kingdom primarily uses “999” but also accepts the European number of “112.”

In this article, I’m going to break down all of the emergency phone numbers in France and the nuances of each.

The phone number “15” should be dialed when you encounter a medical emergency in France.

And no, your stubbed toe doesn’t count.

By dialing this number, you are effectively making a call to the local SAMU service.

SAMU is the emergency medical service in France. SMUR is the specialized ambulance they dispatch which staffs a medical Physician, prehospital nurse, and an emergency medical technician. This team has the capacity to manage to cardiac emergencies, respiratory emergencies, falls, strokes, and motor vehicle accidents (among other things).

Luckily, if you ever forget what number to dial – the 15 is plastered on every ambulance.

There is also a non-emergency hotline where you can get in touch with an on-call physician. Maybe you have a medical problem but it’s not an emergency. That number is 116 117. This line was established in 2016.

Wanna know more about SAMU? Chest out my article: Healthcare in France.

The number “17” is used for any police or law enforcement emergencies.

France has several levels of established policing. There are local, city-based police forces known as the Police Municipale. These officers are under the direction of the mayor and their role depends on the city. About 45% of local police officers do not carry firearms.

There is a nation-wide police force known as the Police Nationale. They are controlled by the French state and Minister of Interior.

Lastly, there is the Gendarmerie or French military police. Don’t mess with them.

The police service dispatched will depend on your location and needs.

Firefighters would say that we’ve saved the best for last.

You should call “18” for any fire-related emergencies.

Firefighters in France have ambulances and can respond to emergencies. However, they are not at the same medical capacity of SAMU/SMUR.

One Number To Rule Them All

I know, you’re reading the article and thinking… “Jeez John, there’s so many numbers!! There’s no way I’ll remember which one to use in time of an emergency.” 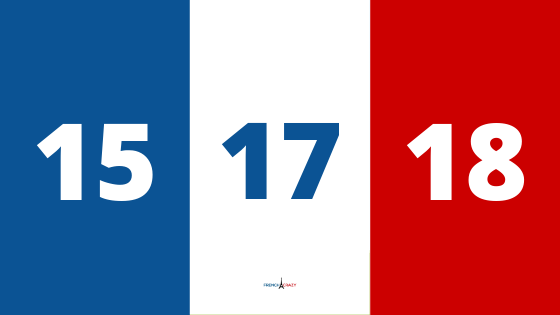 France does have a generic, emergency number. Which… in my defense, I mentioned it at the started of the article.

That number is 112. It’s the emergency number for all members of the European Union. For those of you who don’t pay attention in history class or who have fallen asleep on current events, here’s all of the countries included in the European Union.

By dialing 112, you are relayed to a call center where an operator gathers information and figures out which services are appropriate.

Do NOT Abuse These Emergency Numbers!

It goes without saying, do not call any of these numbers if you don’t have an emergency. You risk a possible 2-year prison sentence and fines up to 30,000 euros for any abuse. That’s not good.

I hope this article was a good summary of all of the emergency phone numbers in France. You could create a note on your smartphone or enter them into your phone contacts.

If you need more information on calling French phone numbers, I got you covered here: How to Call French Phone Numbers.