Is Paris overrated? Paris is often known for its history, art and culture, French gastronomy, famous monuments, and love. I know this is a French based website which promotes the French language, however, I do dare pose the question : is Paris overrated? Just so you know, this article is coming from a guy who has lived in Paris, worked in Paris for two summers, and visited Paris on multiple occasions.

Why do people have the preconceived notion that Paris is a perfect city?

The assumption that Paris has no trash, no crime, no beggars, no noxious odors and no traffic is just plain wrong. Paris is a large metropolitan area. Parking is difficult to find, the buses rarely run on time, emergency vehicles are loud, and it’s no surprise when there is a ton of other people on the streets. At night, drugs, violence, and prostitution all get involved.

Essentially, Paris has problems like every other large city. 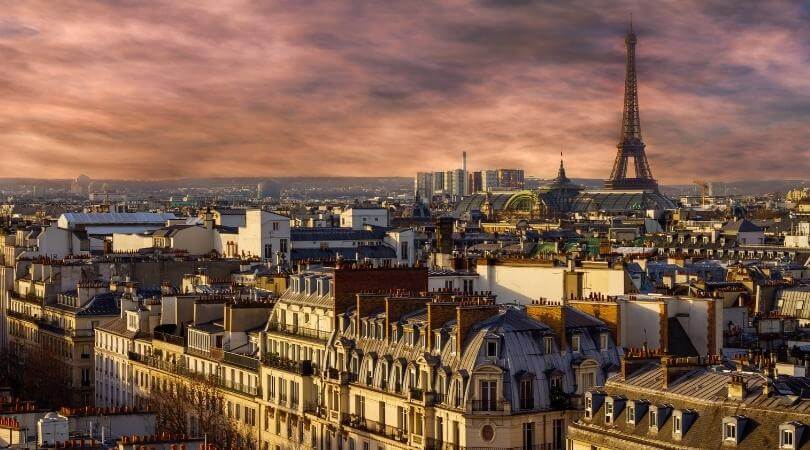 The monuments and museums at Paris are amazing, without a doubt. In fact, if you are a cultured individual who likes art or music, Paris is for you.

However, you have to be witty enough to avoid the zillion other tourists who plan on visiting the same attraction.

In Paris, expect lines, long lines. You should avoid using the metro during rush hour. Don’t take the elevator to the top of the Eiffel Tower. Don’t go to the Louvre Museum or the Chateau of Versailles on a Saturday. Don’t try to go shopping on the Champs-Elysees; you’ll wait in a line just to get into an overpriced store.

Actually, if you want to avoid the other 28 or so million tourists who flock to Paris each year, avoid tourist attractions all together and try to find events which French people tend to frequent. Skipping the tourist-trapped, tourist-filled McDonalds and opting for real French cuisine is a great start. Another alternative is to not visit Paris during peak months (May, June, July).

Even though I’m financially well off, oh lord, Paris is expensive.

It’s also deceptive because at the moment, Euros are more valued than dollars (exchange rate). A nice hotel? Forget about it, you’re better off sleeping in the rental car (okay, I’m over-exaggerating a bit).

Unless you shop during the sale season, don’t plan on buying clothes in Paris, after seeing a pair of Levi’s jeans selling for over 150 euros, you’ll know what I mean. Restaurants offering quality dishes are hard to come by without paying a pretty penny; opt for cafés, brasseries, crêperies, and boulangeries which still make great French food for a lower price.

Use student discounts, lazy-day admissions, and family discounts to your advantage, otherwise you may end up paying a lot more for common attractions.

If you plan on using public transportation, try to buy a carnet of tickets, or a ticket for the entire day depending on your needs.

Ah, Paris! La ville de l’amour. Sure there are people who find love in Paris or rekindle their passion with that special someone. Famous writers and film producers often hype up Paris as the enchanting city of love.

But think about this.

Any city can spark love, if the two people are in love. Honestly, it matters WHO you are with more than WHERE you are. If I found love in a dumpster, that doesn’t make it “the dumpster of love“… it’s still just a dumpster. Are you following me?

French people stereotype Parisians: they are snobby, fast-paced workaholics who are all about business and money.

It’s true that in Paris, taxi drivers will practically run you over the moment a light turns green. It’s true that Parisians get angry at tourists who get in their way when they are trying to get to work.

French people joke that in Paris, you don’t walk on the sidewalks… you run. These people have things to do and places to be, some areas are not compatible for tourists who want to dawdle and take in the atmosphere.

Americans tell me stories about how rude the French are. From my experience, this is just a French stereotype.

However, is it because I speak in French well? Waiting tables is a regular paying job, and tips aren’t really expected. The server won’t baby you like they do in the United States, so sometimes it’s really hard to get their attention when needed.

Of course, this all depends on where and when you eat; some dining establishments are less packed than others during peak hours. I avoid the extremely touristy establishments in the first place, eating with friends or family far away from the attractions.

I’m not saying you should skip Paris. There is always that certain allure of saying “I’m in Paris.” Yet, take some time to visit other beautiful parts of France and appreciate the different lifestyle. After seeing Strasbourg, Lyon, Grenoble, Bourg-en-Bresse, and Besançon, I don’t really enjoy Paris as much as I used to.

What happened on your last trip to Paris? Share you experiences below, no special subscription required.