Take some time and think about the stereotypical French person. He’s a rude Parisian with a thick mustache donning a striped tee-shirt and beret. He’s smoking a cigarette while sitting at a café. His long baguette remains close-by so he could sample the various cheeses encountered during the day. As he returns home he surrenders his bike to a German tourist, he makes passionate love to several women, and then doesn’t shower after said extra-martial interactions.

Stereotypes, love them or hate them, are widely held cognitive shortcuts used to describe a group. Here we’re going to analyze the common French stereotypes and dig a little deeper as to why they exist. Are the French rude? Do the French smell? Are French women hairy? And why the hell do the French surrender so much? Let’s start with a more positive stereotype, the French are great lovers….

The French are Amazing Lovers 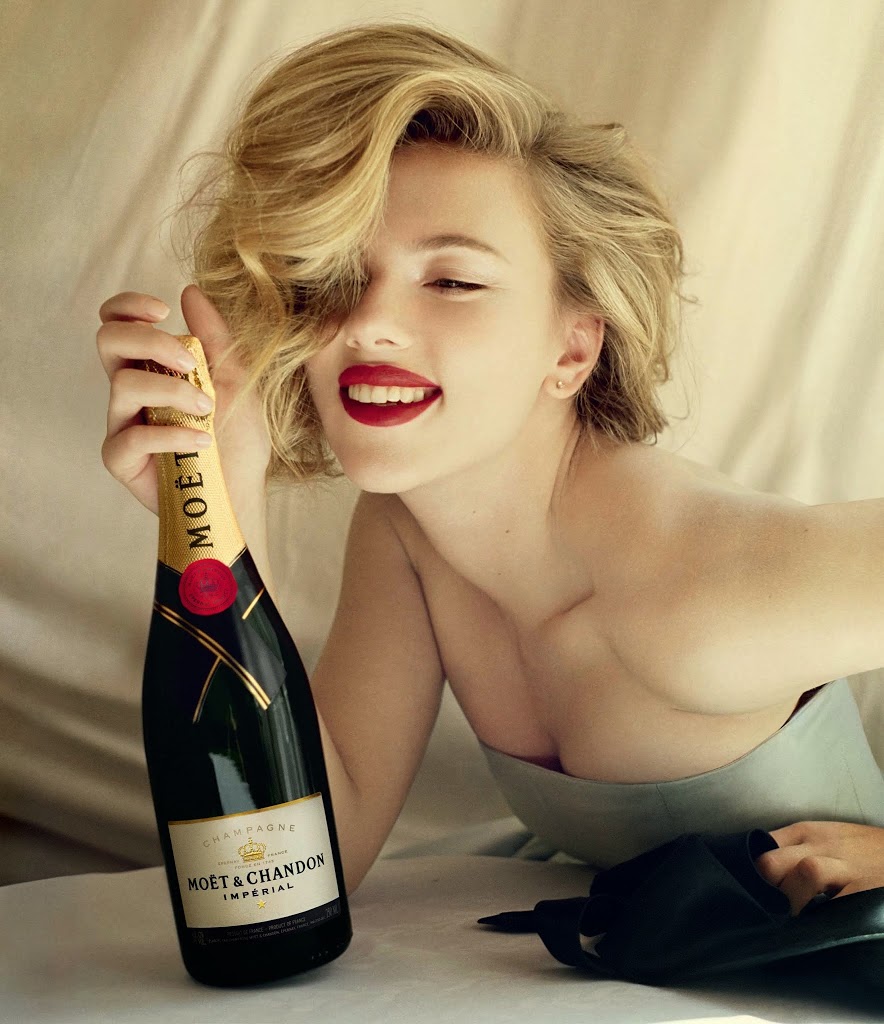 The wine is from France, but the girl is American.

Why do you think my article French Love terms gets so many hits? I’m exploiting the stereotype that French men are exquisite lovers and French females are innate temptresses. We associate France with things from risqué can-can dancing to lingerie, stylish models and French kissing. People even consider Paris as the city of love. I would argue, though, that the majority of people who believe the French are supernatural lovers have never even been to France, let alone have had intimate contact with a French person. I’m convinced that one of the biggest culprits for perpetuating the French-Lover Stereotype would be the media (news, movies, songs, fashion magazine advertisements).

Another source for this stereotype may stem from the sexual revolution that France experienced during the 20th century. Not to mention that the French are less prude towards nudity and sexuality. One good example would be the children’s cartoon titeuf, which occasionally throws in adult themes. Once the main character, Titeuf, tried to buy some condoms at the pharmacy to satisfy his crush, Nadia. Titeuf is a kid.

However the French aren’t the only ones perceived being good in bed. The Italians, Spanish and Latin Americans also vie for the top positions. But why? A common feature of these groups is that they all speak romance languages and are perceived to be “exotic.” It is possible that the rhythmic melody found within these languages creates the perception of good lovers.

The French are Rude

I am rude because I am French. Fear me.

My friend always told me he hates French people because they’re rude and snobby. Upon further investigation, I found out he was once arrested in France for causing a scene in a grocery store (something about the cashier not speaking English to him). Although my encounter was not as extreme, I too have had a run-in with a rude Frenchie. Overall, I don’t think the French are anymore rude than other cultures. I speak French and have lived in France for extended amounts of time; I have French family members and I have French friends. My encounters with French people are far from unpleasant.

But why are they so rude John? Well, imagine this: you’re walking down the street minding your own business. Suddenly, a tourist approaches and assaults you with an incomprehensible slew of words before even saying “hello” or “excuse me?”You’d consider that rude. This type of stuff happens in France and probably is linked to some Americans or Brits who assumes everybody speaks English. Americans believe those who travel to their country should speak English, well, the French appreciate it if you speak French to them (at least try)! Usually by opening an interaction in French, they’ll be more willing to help you if your skills are poor.

French people are also more frank. They don’t mind telling you what’s on their mind, as long as it’s in a plesant manner than it’s not rude.

Now sometimes I get stories of people who try to speak French and then find it rude or insulting that the person switched to English. The reason for this may be because they are trying to help you overcome your poor French or they are eager to practice their English… regardless, if it bothered you then check out: How to Make the French Speak French.

1)  People of Paris (Parisians) are of a different breed than their provincial counterpart, sometimes noted as more fast-paced & money oriented by their fellow French citizens. So maybe culprit to French rudeness lies within the fact that Parisians are tired of their city being bombarded by millions of tourists per year.

2) We humans also use a cognitive shortcut called the confirmation bias. You walk around France where the majority of French people pay no mind to you, or are quite polite. However, the second you encounter a snobby Parisian waiter, you take note. You complain to your friend, and depending on the interaction, it leaves a permanent mark upon you. 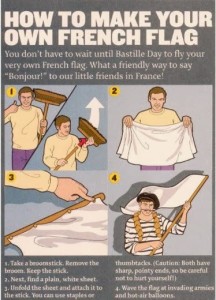 I was on the inter-webs and stumbled upon this quote in an article: “Why are the streets in Paris lined with trees? So the Nazis could march in the shade!”

For some reason the French military is perceived as cowardly or unwilling to fight. However, according to Globalfirepower.org, France ranks as the 6th strongest military nation in the world (yes, surpassing Germany) and if you look at history, the French have had great success on the battlefield even after the Napoleonic Era. Don’t believe me, check this out.

So where does such a stereotype about the weakness of an entire nation come from? Well many Americans refer back to the quick French collapse during World War 2, abandonment of the South East Asian campaign (which America later adopted, The Vietnam War), and the French uneagerness to add more troops to support American endeavors in both Iraq and Afghanistan. During the occupation of WW2, the Free French Forces and resistance forces kept fighting until more allied aid could arrive. If you look at Afghanistan and Iraq, they’re not popular wars in any sense, while many countries didn’t even match the contribution made by France. Here are some of the troop numbers.

I think these stereotypes are silly, but let’s try to find some reasons as to why these exist. One explanation to the stench of the French could be that the prevalence rate of smoking in France is high (14/66 million) and cigarette smoke is not a pleasant smell. People could also pin the smelly French to the strongly aromatic cheeses that the country produces or the French smell because they like to use cologne and perfume. I’m not sure if these myths have any one true origin.

Of course I don’t have any statistics but the average, modern French woman shaves. In fact, waxing is a popular option advertised here in France year round. The stereotype apparently comes from World War 2, where the lack of razors during the war effort left people razor-less, especially the women.

Want more French stereotypes? This older book, 112 gripes of the French may satisfy your interest.