Je Suis Charlie – How Terrorism in France Strengthened a Nation 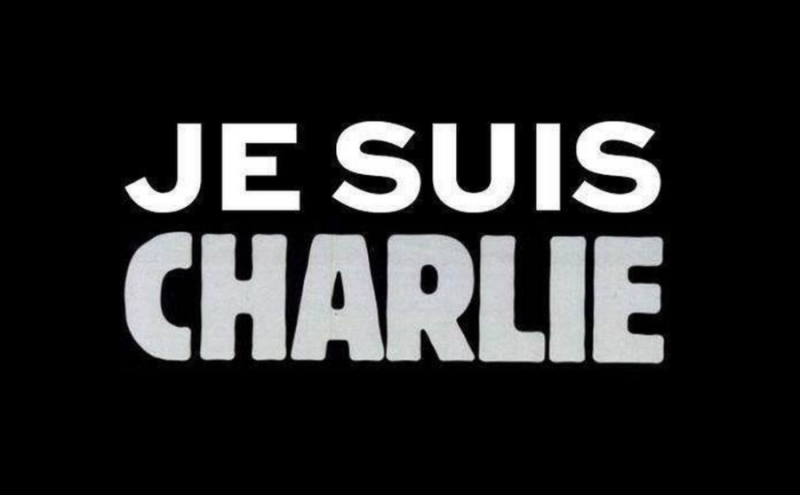 January 7th, 2015, two armed assailants executed a methodical assault in the 11th Arrondissement. Armed to the teeth, their gunshots rang within and around the main office of French satirical magazine, Charlie Hebdo. Targeted for their edgy depictions of radical Islam, these terrorists aimed to silence the journalists.

The French president and other various people of political importance lashed out against the attacks calling them a form of barbarianism. One video circulating the web shows the murderers in cold blood executing a wounded police officer on the ground. Twelve people in total were killed on January 7th, several being journalists, while others were injured. Others would be killed following the attacks.

The shots were heard across the world and struck a chord with those working as journalists. This attack became a reminder of how harmful words and pictures could be perceived. These gunmen were emotionally hurt and decided armed conflict was the best resolution. I guess the pen really is mightier than the sword.

There was a large reaction, worldwide. In Paris roughly 1.6 million people gathered. The words « Je suis Charlie » or “I am Charlie” spread across the internet and was found on storefronts across France and in the arms of activists everywhere. A grand movement of solidarity could be felt on the French streets. During the night I managed to take part in a vigil with commonplace citizens simply trying pay respect to the victims. We weren’t the only ones doing so. The Eiffel tower momentarily shut its lights off to pay tribute to the victims just as schools across France held a minute of silence during class the next day.

While the country mourned, thousands of police and military forces mobilized for the enormous manhunt. The scenes depicting this vast search is reminiscent of finding those responsible for the Boston bombing. Eventually the attackers were subdued after a tense hostage situation.

But why do people feel so strongly about the attacks? These gunmen, the Kouachi brothers, attempted to silence journalists and place fear into the country. Unbeknownst to them, they’ve only strengthened France and multiplied its national coherence. They’ve made their victims into martyrs and even gave increased publicity to the magazine. Likewise, freedom of speech and freedom of the press are pillars of democracy – they are fragile unless protected. This heinous attack only solidified France’s conviction to protect those rights. France will not falter, that’s the message. As these killers momentarily escaped justice the publications continued and they shall continue long after their demise.

We are most certainly experiencing a snippet of history. What happens to France or Europe next is the real question.

There are several layers to the attacks and one underlying problem is that France already has a negative view of the Muslim community. Moments after the attack, several Imams arrived on scene and began denouncing the event in front of TV cameras. The Islamic priests mentioned that the attackers weren’t real believers and that Islam does not support such violence. While the words of these priests were sincere, I’m not certain their damage control will manage to quell Europe’s anti-islamic sentiments.

Days later, a kebab shop was bombed and several mosques in France were attacked in retaliation. One week later over 50 reports of anti-islamic attacks and threats were reported in France alone. People somehow forget those wise words, “an eye for an eye makes the whole world blind”. 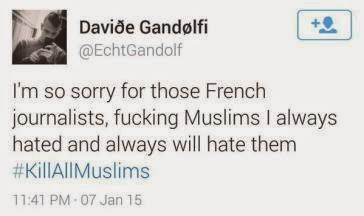 Islamophobia is alive and well in Europe, and it’s being fed by political parties such as the Front National. There exists French people who believe their country and its founding Christian values are under attack by Muslim invaders. Some of these people see Arabs inherently as not French (despite some of them being born in France). A small group practically sees them as second class citizens. So even though these two gunmen attempted to “avenge” their prophet, they’ve only managed to make the lives of fellow Muslims and Arabs more difficult.

What I find ineffective is how people try to fight hate with hate. Not surprisingly a bunch of oh-so-jolly people rushed towards social media to broadcast hostility. Being a devout Pastafarian, I don’t take a side. As a third-party it is disgusting to watch how people of one religion can treat those of another. What happened to taking the high ground instead of reverting to in-group out-group psychology?

Only time will tell how much damage has been done to Europe’s social dynamics due to these attacks. The Economist has a simplistic article on Je Suis Charlie.

The famous French newspaper, Le Monde, came out with a headline the following day calling the terrorist attack “France’s 9/11”. Whoa. In one case France is unified in a similar way that the U.S was after that grim September day. Also France and the world over was shocked by the events that occurred. I would argue that the caliber of the Charlie Hebdo attack is not equivalent to the one on U.S soil. Most people who have a problem with the headline point to the fact that there were many more casualties during 9/11. While I believe that the quantity of deaths can be a factor, it’s not why I’m in disagreement. The two events are different due to the reasons behind the attacks.

The people who died during September 11th had no prior indication that they were a target; they genuinely had no clue that they were at risk. Their only “crime” in a sense was being American. On the other hand, a select few people working at Charlie Hebdo had received death threats AND even were under the protection of armed bodyguards. The people at Charlie Hebdo willingly put themselves at heightened risk; they knew their publications were provoking. They consciously pissed off a subset of religious fanatics who are known for being irrationally violent.

Charlie Hebdo, for the last few decades, fed of off the reactions they received and continued to play with fire. Being edgy, racist, and funny was what sold papers. This does not justify the deaths of the victims. They were only exercising their freedom of speech and they did not deserve to die for it. But to compare January 7th to September 11th would be an exaggeration. Maybe I’m just habituated to armed shootings because in the United States these things aren’t unheard of. Or maybe, Le Monde botched this headline by choosing to hide behind sensationalism. I’m not the only one with this opinion either, this man equates Charlie Hebdo to internet trolling.

Closing Comments
The solidarity and the willingness to protect France’s founding principles is what this is about. On January 7th, this was attacked. In trying to wipe out Charlie Hebdo, these men only managed to immortalize it. Here are FrenchCrazy, our hearts go out to the victims. 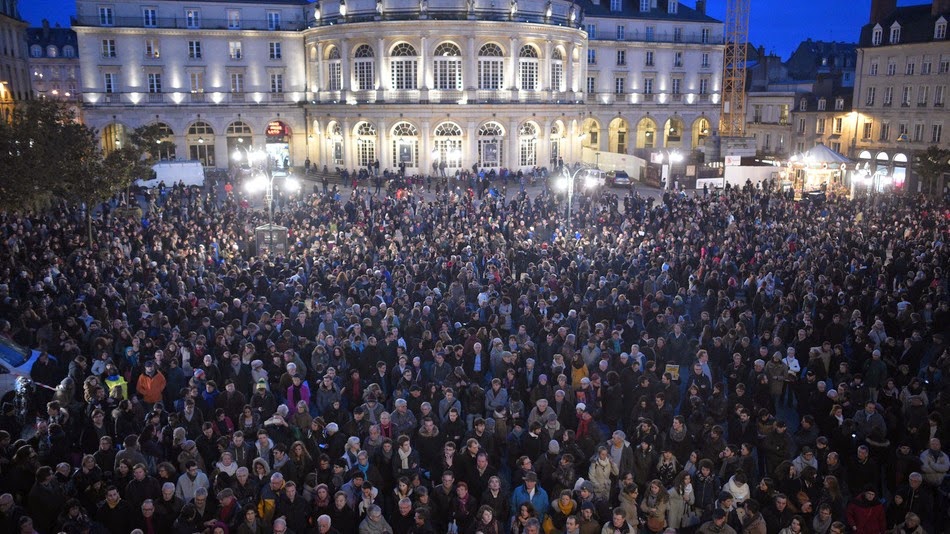