What comes to mind when you think of France? Bustling cities, vast expanses of countryside, rugged coastlines or luxurious châteaux? Fortunately for you, the regions of Northern France have all of this and more.

In 2016, the number of French regions decreased from 27 to 18 to reduce administrative costs. While les DROM (overseas departments and regions) remained the same, many of the regions in mainland France merged together. Thus there are four large regions in Northern France that we’d like to cover today.

Here is our quick guide to the four amazing regions of Northern France!

Hauts-de-France (Upper France) is most well-known for its battlefields and memorial sites from the First World War, especially in Somme.

The Côte d’Opale (Opal Coast) is popular with tourists for its stunning landscapes of chalk cliffs, beaches and sand dunes. While Cap Blanc-Nez and Cap Griz-Nez are the most well-known natural points of interest.

Lille, the largest city in the region and fourth-largest city in France, is famous for its bustling nightlife, art museums, and French and Flemish architecture. 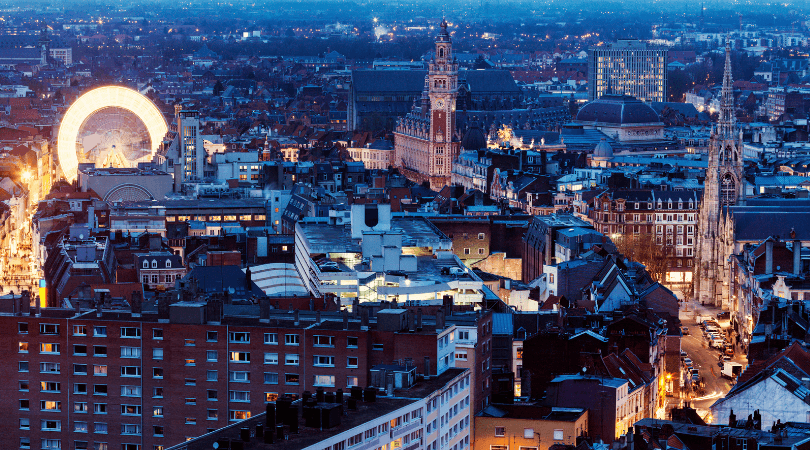 In October 2020, Hauts-de France was nominated to become the European Region for Gastronomy. From moules-frites (mussels and fries) to coq à la bière (chicken marinated in beer) and crème brûlée à la chicorée (a creamy mousse with glazed sugar and chicory), there are so many delicious French dishes to try.

Some famous people from Hauts-de-France: 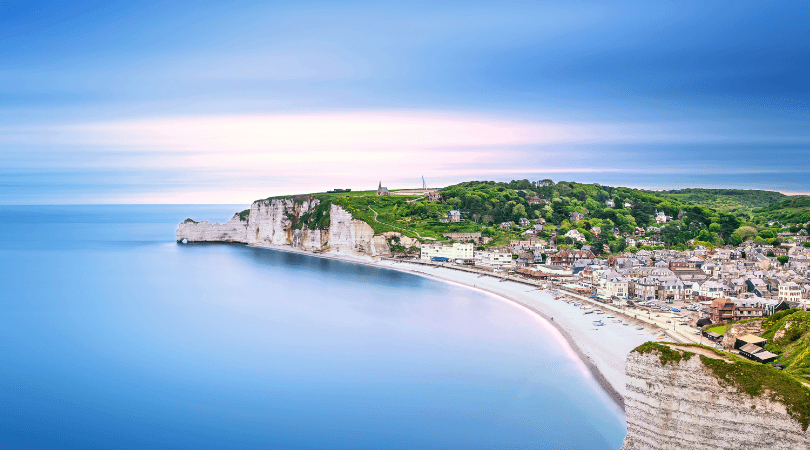 From William the Conqueror’s invasion of England in 1066 and the Hundred Years War to the D-Day landings in 1944, Normandy has played an enormous role in shaping European history.

It is home to the Bayeaux Tapestry – a 68-metre-long embroidery from the eleventh century depicting the Norman conquest of England, and is widely considered to be the world’s oldest cartoon strip!

Other interesting places include the island monastery of Mont-Saint-Michel, the picturesque town of Honfleur and the magnificent city of Rouen. The four regional parks and spectacular coastline are also worth visiting!

Some famous people from Normandy:

Guillaume le Conquérant = Aka. William the Conquerer, Duke of Normandy and King of England (1066 – 1087)

This is not only the most densely populated région, but also the most popular tourist destination worldwide, especially as Paris, the châteaux of Versailles and Fontainebleau, and Disneyland Paris are located here. On average, more than 49 million people travel to Île-de-France each year!

From the Eiffel Tower and the Sacré-Cœur Basilica, to the Musée du Louvre and Musée d’Orsay, La Ville-Lumière (The City of Light) is especially well-known for its architecture and museums.

Other places of interest in the région include the Château de Vaux-le-Vicomte in Maincy, the Château de Vincennes, the forest of Fontainebleau, and the Parc de la Vallée-aux-Loups in Châtenay-Malabry. If you enjoy visiting stately homes and exploring nature, Île-de-France is ideal!

Some famous people from Île-de-France:

In 2016, the former regions of Alsace, Champagne-Ardenne and Lorraine merged together to become the Grand Est (Great East), and this is the only French region to be surrounded by four countries: Belgium, Germany, Luxembourg and Switzerland. 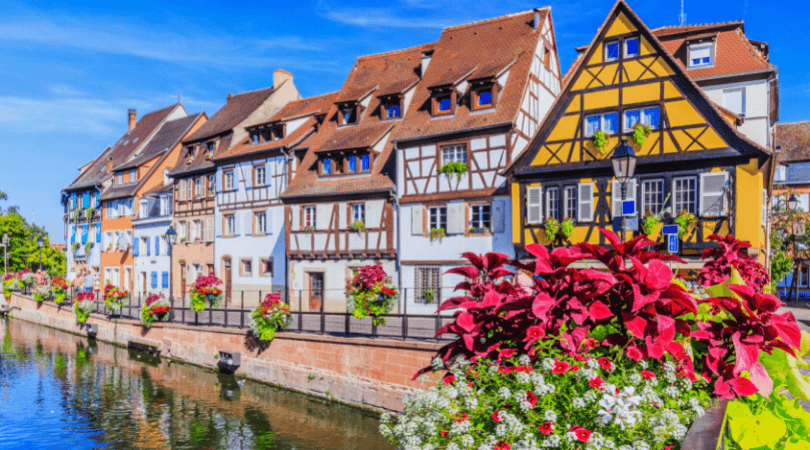 Strasbourg, a UNESCO World Heritage site, is widely considered to be one of the most beautiful cities in Europe, and is especially famous for its medieval architecture, including the Cathédrale Notre-Dame de Strasbourg and La Petite France – a charming district in the old city. It is also home to the European Parliament, so it is no surprise that it has acquired the nickname of “la capitale de l’Europe” (the capital city of Europe)!

Some small cities with character this French region include Rocroi (a star-shaped fort), Plombières-les-Bains (a village with hot springs), and Ervy-le-Châtel (a medieval village famed for its stained glass and circular halls).

Some famous people from Grand Est:

Have you ever visited these regions of Northern France? We’d love to hear your thoughts and recommendations in the comments below!

If you’re interested in visiting France, check out our visit France page. 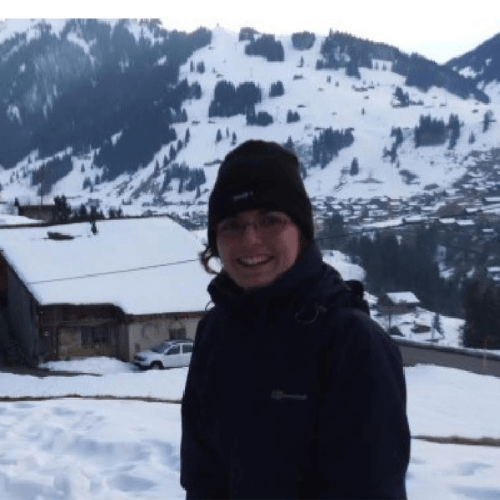 After discovering a library book of 1000 French words, aged 7, Sarah has not stopped immersing herself in la langue de Molière and other wonderful languages.