French Military to Replace the FAMAS 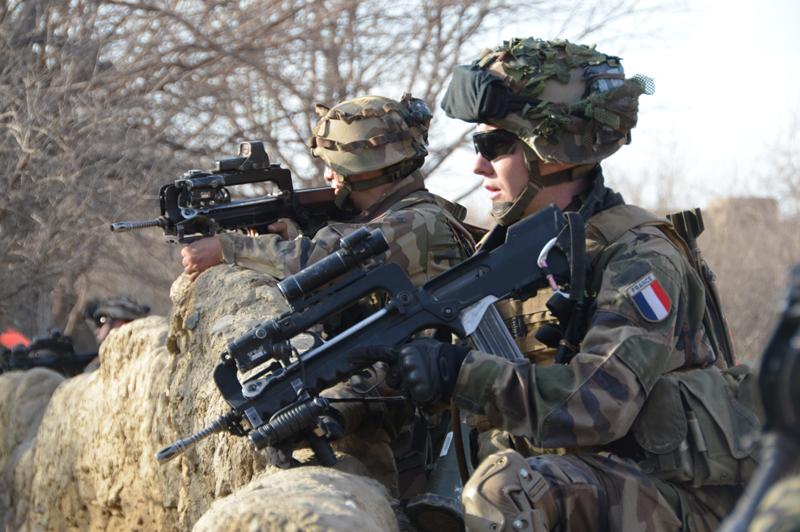 The FAMAS is the French military’s main battle rifle used since the 1970’s. If you walk into any national installation on French soil, you’ll find soldiers patrolling the area with this rifle. The FAMAS was produced in Saint-Étienne, however it has since been out of production.

After 40 years of loyal service, the French Ministry of Defense decided it’s time to retire the FAMAS and look for a European manufacturer to provide a new battle rifle for French forces.

Implementation of this new rifle will occur in 2017.

Here are the European manufacturers competing for a chance to win the contract:

One of them will end up replacing the FAMAS. 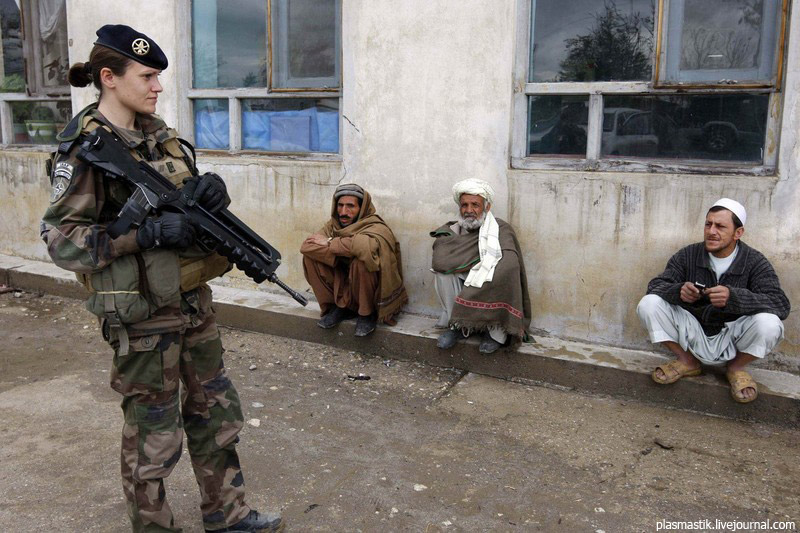 Above: French Army Chief in Afghanistan sporting a FAMAS rifle, 2009.

Some representatives in the French Parliament don’t like the idea of France’s next weapon not being made in France. It’s a matter of national pride. But Jean-Pierre Maulny lamented that while FAMAS is a great symbol for France, it has outlived its usefulness:

It’s true that in terms of symbol, the FAMAS is great, but in terms of practicality, France no longer has a large enough small arms industry.

The FAMAS features a bullpup design and has undergone many design upgrades since the F1 version of the 1970’s. Although the rifle has endured many battles it does have some flaws:

The Famas is too complicated therefore not practical.

Not surprisingly, the French military has their sights on a rifle derivative of the AR-15 platform created by the United States. The U.S. military currently uses the M4, a fully-automatic, short-barreled improvement of the M16. The M4 is 5.56 NATO-compliant, accurate up to 300 meters, and has seen extensive combat.

Originally called the HKM4, the Germans created the HK416 as a European derivative based directly off of the M4 platform.

The advantages to using the Heckler & Koch rifle over the FAMAS are numerous.

So while the M4A1 is receiving its own set of improvements (known as the M4A1+), American Special forces have used and praised the H&K version in combat:

H&K replaced Colt’s “gas-tube” system with a short-stroke piston system that eliminates carbon blow-back into the chamber, and also reduces the heat problem created by the super-hot gases used to cycle the M4. Other changes were made to the magazine, barrel, etc. The final product was an M4 with a new upper receiver and magazine, plus H&K’s 4-rail system of standard “Picatinny Rails” on the top, bottom, and both sides for easy addition of anything a Special Operator might require. – Defense Daily 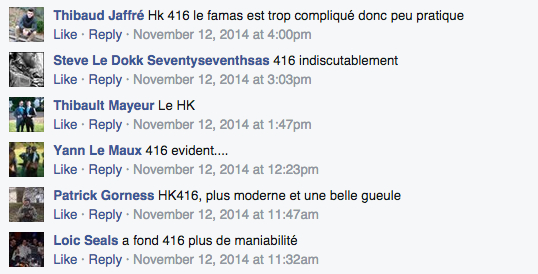 Frenchies expressing preference for the 416 over the FAMAS