What makes French sound so sexy?

Why does French sound so sexy? After studying French linguistics for a few years, I was able to dive into what made French so pleasing to the ears. I also have some experience speaking Italian. Let’s look at this a bit more closely. 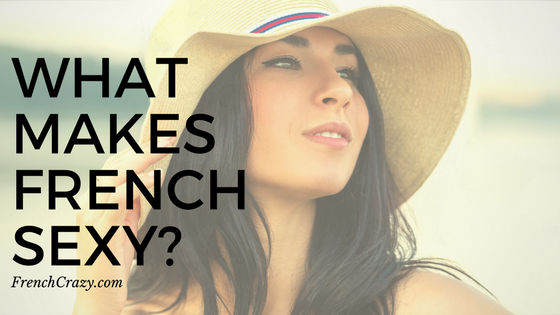 There are several things at play which makes French sound sexy:

All of these things contribute to the “romantic” feeling you get when you listen in as a foreigner.

Listen to French song below and experience it yourself. In just 4 minutes, you’ll hear everything I’m talking about. My favorite part is at 2:26:

However, I can talk about liaisons and “pure vowels” all day. In all honesty, the reason French sounds sexy is because it’s a foreign language. The novelty alone intrigues native English speakers. French is stereotyped as being sexy in popular culture and sex symbols like Brigitte Bardot or romantic archetypes helps perpetuate these ideas. Even Paris, the French capital, is erroneously revered by some to the City of Love.

Likewise, the French language is not considered universally “sexy.” I know of French people who hate how French sounds and prefer speaking ENGLISH! Let that just be some food for thought.

So what are your thoughts? Is French sexy or are there other things at play which mold our mindset and confirm our views? Feel free to comment below. And if you want more information on French why French sounds the way it sounds, here’s my extensive article on French phonology and phonetics.