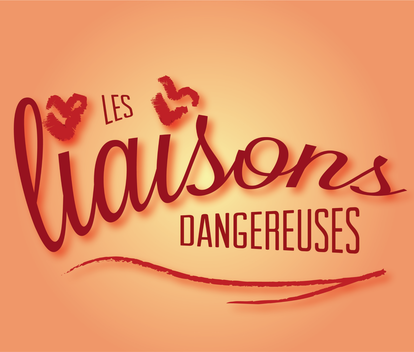 Liaisons can be dangerous! Watch Out!

Liaisons and linking are two concepts which characterize the French language. English speakers stand out as foreigners partly because of the lack of liaisons. Liaisons and linking (enchaînement) help smooth out French words and distinguish different words.

Here we explain how French flows with the tendency to end syllables with vowels.

This article has some linguistic concepts and is more suited for an intermediate learners . I would recommend reading this article on general pronunciation as well, to give yourself a stronger foundation with French phonetics and pronunciation.

Unlike liaisons, linking (l’enchaînement) is strictly a phonetic concept and it is very prevalent in French. It involves taking the final consonant of one word and adding it to the first syllable of the second word WHEN the following two conditions are met:

One Problem with linking?

The funny part is if you do not understand linking as an English speaker, then you’ll say these words differently even though they should sound the same.
l’œuf au vin and le faux vin. They are both /lø fo vɛ̃/
cette année and c’est tanné. Both /se ta ne/
l’air aux mains and les Romains. Both /le Ro mɛ̃/
In Addition Linking in French…

Linking redistributes consonants from one word to another. It can also change the timbre of vowels. For example, when pronounced alone, the French word for “with” – avec has the /k/ sound at the end of it. Phonetically transcribed, it is /a vɛk/. Due to being a closed syllable, you have the vowel /ɛ/ which sounds like “eh” (if you need help with phonetic transcriptions, check out this article). HOWEVER once you have the phrase avec Olivier the transcription changes. The /k/ sound moves to the start of the name “Olivier”, creating an open syllable and changing the vowel in avec from an /ɛ/ to an /e/ (the “ay” sound).  Your new transcription looks like /a ve kɔ li vje/.

What are French Liaisons?

If you thought linking was difficult, then liaisons are harder to understand. In French, liaisons rely on phonetic, lexical, syntactic and stylistic factors. Linking only relies on phonetic concepts. A liaison is the obligatory or optional pronunciation of a latent consonant. A latent consonant, is a consonant that is not pronounced when the word is alone, BUT has the ability to become pronounced when placed in a liaison context.

The 7 “obligatory” rules for liaison usage.

I will not go through every rule because it will get too complicated. But here are some examples:

Between a nominal-group (a bunch of words used to represent an entity).
Examples: mes‿étudiants, ces‿animaux,

Not surprisingly, liaisons are in the process of disappearing in French. Their usage is becoming used less and less with the new generations. The reason for this is because they are not easily defined by formal rules and are sometimes optional.

In French, a “liaison” is when a normally silent consonant at the end of a word is pronounced at the beginning of the word that follows it.

Usually, liaisons are required between two words when the first one ends with a consonant (ex: “es”) and the second one starts with a vowel (ex: “un”). They are also required when the second word starts with a “mute H” (ex: “honnête” which means “honest”).

Stay cautious, consonants within a liaison sometimes change pronunciation. For example, we pronounce an S like a Z when it is in a liaison.

There are many cases, but a case of optional liaison is after verbs that are not followed by a pronoun: “L’enfant prend un sucre.”

You can either say “L’enfant prend un sucre” or “… prend-T-un sucre.”

If you have any questions, please let us know below.