When to Learn a Language?

When is the best time to learn a language? More notably French, because this is a French focused site. Well, in the domain of psycholinguists is a concept called the Critical Period Hypothesis (CPH). 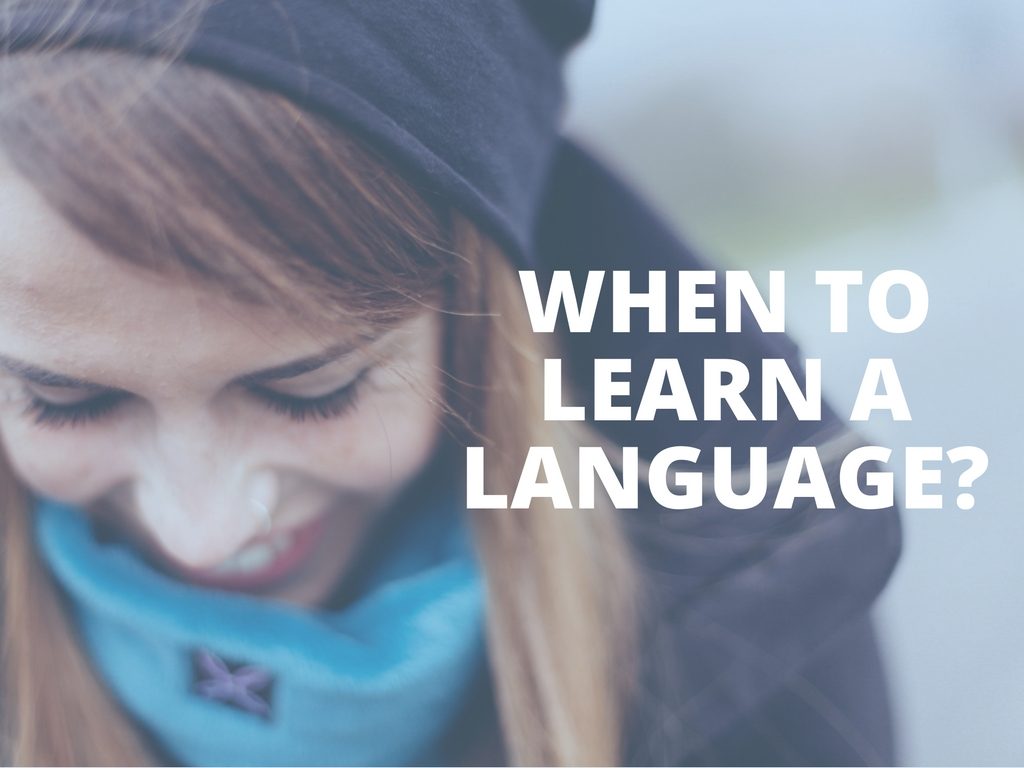 Children’s brains soak up thousands of words… Otherwise, how else do we all go from babbling, crying infants to adults who can communicate complex topics?

The ideas behind the CPH make sense, however more and more evidence comes up which refutes it’s claims.

Also, researchers are having a hard time coming up with a defined period.

So is it true that children learn languages easier and faster than adults?

Studies show that adults actually learn languages faster than children when using the same amount of time, this may be due to the fact that adults have better critical thinking abilities and an understanding of grammar, etc… What adults lack is the phonological powers that children posses. Although possible, not many adults are able to gain the native language without some sort of foreign accent, even though their grammar may be perfect.

The best way for a foreigner to improve his or her accent is to live in an immersion-like situation, or throughly understand French Phonetics.

So What Happens if You Don’t Start Learning Before This Critical Period?

We all love science… right? Often, it’s more difficult for the adult learner to learn a new language because they are using their language as a starting point to convert words and phrases into the other tongue. A great method for adult learners is to not simply translate sentences but rather learn the language from the language. Take a picture of a boy and associate it with garçon and not with boy = garçon because then you are much more dependent on English.

For adults, the best time to learn a foreign language is before you’re about to use it. This is because if you learn a language and not use it for a certain period of time, it’ll slip away from you. Do you know how many adults told me “Oh, I studied French in high school, and I don’t remember much…” well, over a long period of time these adults just didn’t use their French enough to retain information. Additionally, motivation and anxiety could play a part in how well someone learns a language from the get go.

How Early Should I (an Adult) Start Learning a Language?

That all depends on how much French you wish to use and how long you plan on visiting. If you plan on going to France for the summer and you want to be reasonably good, then you need to practice with the language everyday for a period of six months to a year (at least). If you’re going for just a week… then six months is plenty of time to master “Bonjour! Comment ça va?”

Luckily, vocabulary is something that the adult mind is good at handling. Don’t be afraid to learn a ton of nouns, you’ll be surprised when you need to say “car” and realize you never bothered learning it. Our French Language Learning Section provides vocabulary lists and useful tips to help you succeed at French!

When I intended to travel to Italy for 11 days, I knew no Italy. I began studying roughly 3 months ahead of time at a constant pace (4 or 5 days out of the week). I learned a lot of Italian, people were quite impressed!

Now, if you wanted to learn French for the long haul and become a great master of the language, you should probably read How Long Does it Take to Become Fluent in French?

This site can also help if you want some great French Online Resources to help you study. Otherwise, good luck with your French! Any comments can be posted below.