How To Teach Your Kids French 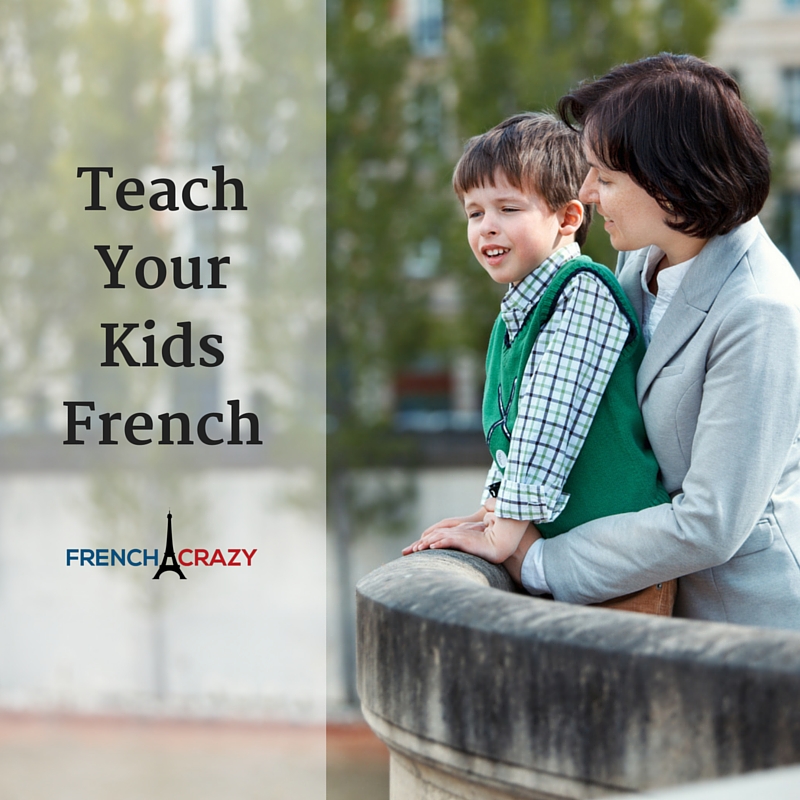 How to Teach Your Kids French

Parenting is about having your child’s best interest at heart and also about passing down your heritage, knowledge, and values to the next generation.

So what if you want to prepare your kids for the global world by teaching them to become bilingual? How can I do this while not living in France or a French-speaking region living abroad?

I have several theories on how to teach your kids French.

However, each personal situation is different, so consider classifying yourself into one of the following scenarios:

The likelihood your child acquires French reduces as we move from Scenario 1 to Scenario 4. With Scenario 1, there’s a high chance you child will learn French. With Scenario 4, you’ll need more external resources to make it happen (hired help, long-term schooling, programs, or yearly séjours in Francophone areas).

So in this article we’ll talk more about Scenario’s 2-4, because Scenario 1 is rather self-explanatory.

Exposure is key to learning a language.

Ideally, relocating to a French-speaking area or enrolling your kid into a French-speaking school for a few years almost guarantees that you child will pick up the language. These options, however, aren’t simple for a variety of reasons, and I’m sure you’ve already looked into them.

Your objective as a parent looking to teach your kid French is to hit them with French as often as possible.Make sure your materials are age appropriate because reading Voltaire as a bedtime story will get you nowhere.

When I lived in France I tutored a 10-year old French child English. His mother knew a decent amount of the language, but hired me to up his game. I usually charge $20 an hour but I lowered it to $15 because she was a friend of a friend. I also tutored French to English college students at $10 an hour.

Supplementing your teaching with a native is a cost-effective way to help your kid advance. You get 1-on-1 training and attention – after a few sessions you’re still not paying anything near the cost of a class. You can teach your kids even if you’re not “fluent” in French and then have them meet with a native speaker so that your kid excels in pronunciation and syntax.

I recommend looking for a tutor in your area OR finding a tutor online. Considerations also can be to have a French Au Pair or a French person live at your home during the summers in exchange for them to teach your kids French and interact with them in French.

Play French music in the car during those long road-trips.

Read to your kid in French or watch movies and YouTube videos with them.

If only one parent knows X language then have that parent interact with the child solely in that language. That’s how my one half-Japanese friend learned Japanese. When growing up she would speak Japanese with her mom and English with her dad.

Lastly, make French relevant to your kid’s daily lives. Ask them questions in French and have them respond to you:

I admire parents who put their kids into a sport or program, attempting to foster interest into said hobby or profession. But sometimes parents can go overboard and nothing makes me cringe more than parents reliving their childhood through their offspring.

These are kids! They’re bumbling around or are hyperactive with the attention span of a fly. I’m not downplaying a child’s intelligence, rather, trying to keep you realistic. They will learn French and time is on their side. Forcing them to learn French will only make them abhor it, which is counterproductive.

And have some faith in the process. Even though I didn’t start learning French until the age of 12, I wound up becoming fluent. My parents encouraged me to learn French by sending me to France despite the costly airfare. Giving your kids a head start with French at a young age would be more than I ever had.

Conclusion
Knowing a foreign language is useful in this global day and age. My knowledge of French has opened many doors and allowed me to meet fabulous people. Hence, I believe that I should try to pass on my expertise to my kids. This is how to teach your kids French.

If you have any suggestions or question, feel free to comment.