10 French Filmmakers You Should Know More About 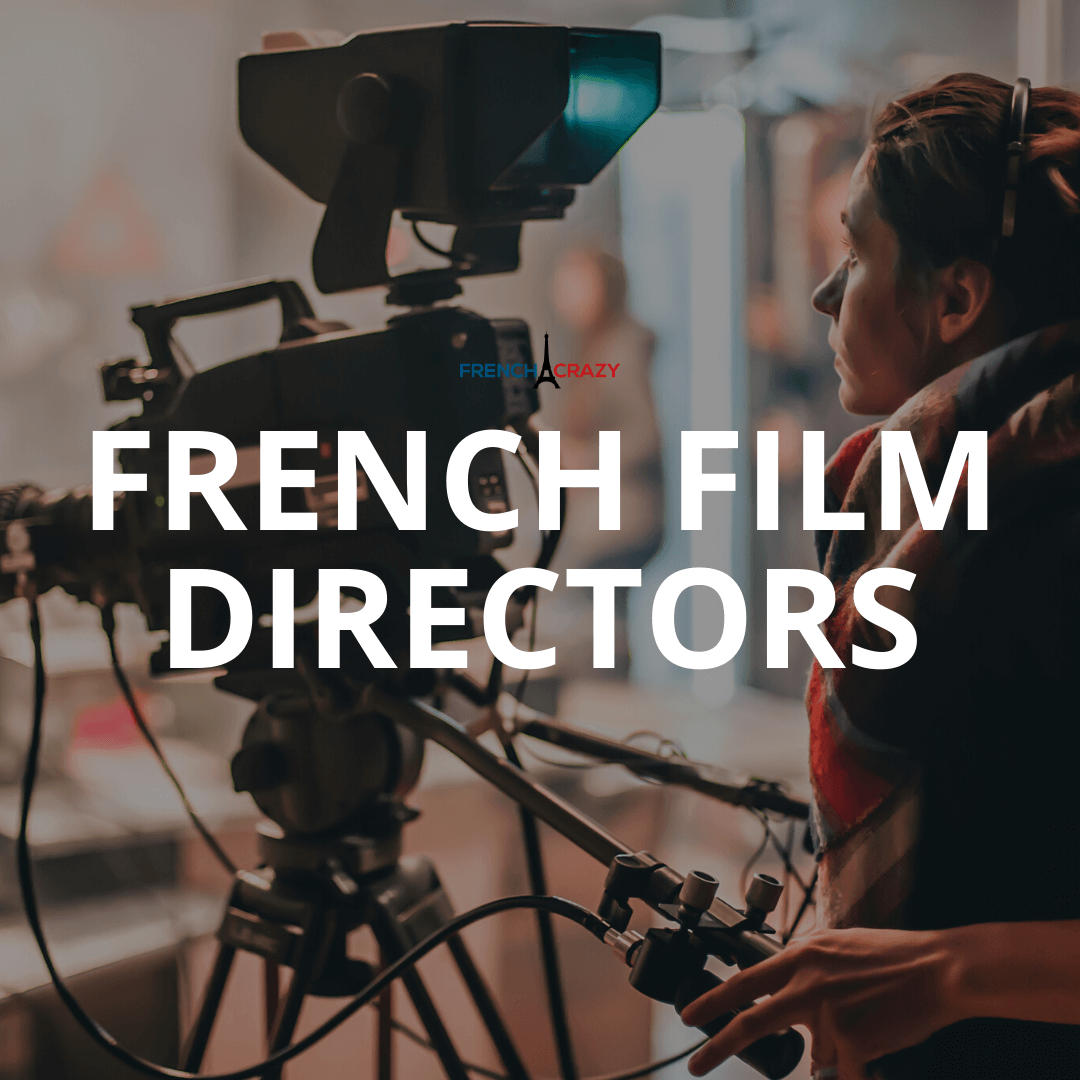 When you think about French cinema, what comes to mind? Innovation? Charm? A certain je-ne-sais-quoi?

Spanning nearly 125 years, le septième art, as cinema is known in France, has a rich history of creative storytelling, and is widely respected for its intellectual discussion of diverse topics.

While we could happily gush about the works of hundreds of filmmakers from l’Hexagone, here are 10 French filmmakers you should know more about. Our list features 10 influential French film directors and highlights a few of their movies.

Interested in animated French films? We wrote about a few of those too: Six Fantastic French Animated Films.

Auguste and Louis Lumière were two photography manufacturers who further developed the Cinématographe – a device which could not only record moving pictures, but also project them. On 28th December 1895, the brothers gave their first public screening to a paying audience, and showed ten short films, with each film lasting from 38 to 49 seconds in total.

And so, cinema was born!

They toured numerous cities worldwide with the Cinématographe in 1896 and continued to make films until 1905.

It would be difficult to write about French cinema without referencing one of the most famous illusionists of all time. Georges Méliès created more than 500 films in his lifetime and invented many special effects, such as time-lapse photography, substitution splicing and hand-painted coloured slides, in order to transport audiences to amazing, fantastical worlds.

He started doing this in 1896 after seeing a public presentation by the Lumière brothers!

Unfortunately, almost all of his films have deteriorated and no longer exist.

However, Le Voyage dans la Lune (1902) is undoubtedly his most iconic film and is widely thought to be the first science-fiction film. Drawing inspiration from Jules Verne’s 1865 novel De la terre à la lune, this short silent film tells the story of a group of astronomers who travel to the moon. His work is also widely referenced worldwide, especially in the American film Hugo (2011).

Not only did Jean Cocteau direct films in the early twentieth century, but he was also a poet, a painter, a novelist, a set designer, an actor and a playwright!

His twelve films reflect his poetic style, and contain much surreal imagery and symbolism.

Cocteau’s chef d’oeuvre (masterpiece) is La Belle et la Bête (1946) – a fantastical portrayal of the classic fairy tale, Beauty and the Beast, which is still praised worldwide for its magical storytelling and lavish costumes. He preferred to leave his films open to interpretation, as he regarded cinema to reflect a dream, and often used chiaroscuro lighting to make the impossible seem possible.

He is considered to be one of the most influential avant-garde creators of all time, and was open about his homosexuality, which is an underlying theme in his work.

After creating experimental short films, such as a harrowing documentary on the effects of the Holocaust Nuit et brouillard (1955), Alain Resnais created his first feature film: Hiroshima, mon amour (1959). Combining still images and dialogue to explore the aftermath of the atomic bomb in Hiroshima, this film reflects Resnais’ eclectic oeuvre and his personal interest in portraying political events from personal perspectives.

His films, which span an incredible 78 years, focus primarily on collective memory and the ways in which historical events can impact individuals, so can be difficult to watch. He identified with the Left Bank group which was interested in political and dramatic storytelling.

A few weeks before Hiroshima, mon amour was released in cinemas, François Truffaut screened his debut film Les quatre cent coups (The 400 Blows). Overnight, it became an instant classic and many critics consider Truffaut to be one of the greatest filmmakers ever.

Not only did his first film spark the Nouvelle Vague (New Wave) cinematic movement in France because of its critical stance, but also significantly influenced many filmmakers worldwide to explore real issues in innovative ways.

Truffaut’s exploration of a troubled teen and his numerous attempts to seek acceptance became a major theme in his other films, and he criticized mainstream society by contrasting social expectations with an individual’s reality.

Other noteworthy films: Jules et Jim (which focuses on the construction of womanhood through the male gaze), Fahrenheit 451 and L’argent de poche (Small Change)

A pioneering filmmaker and photographer, Agnès Varda is especially famous for influencing and contributing to the Nouvelle Vague movement in the 1960s. She drew inspiration from many aspects of real life and used the camera to criticize and satirize what she saw.

Her films mostly focus on women’s empowerment, so Cléo de 5 à 7 (1962) is a great introduction to her work.

Cléo is a singer in Paris, who is waiting to receive the results of a biopsy. The film follows her from 5 PM to 6:30 PM in real-time as she explores the city to distract herself, and focuses on her personal reflections during this time. Varda’s film style is very playful and combines many still images with documentary-style footage to reflect on a woman’s internal thoughts, sometimes her own.

Other noteworthy films: Sans toit ni loi (Vagabond), Les glaneurs et la glaneuse (a documentary in which Varda explores how different people glean different ideas to inform what they make and do), Faces Places and Daguerréotypes

Widely considered to be one of the most innovative comedy filmmakers of all time, Jacques Tati is also well-known for playing Monsieur Hulot, a bumbling character whose lack of technological knowledge places him in many unexpected and chaotic situations.

Tati’s slapstick style, both as an actor and as a filmmaker, influenced many creators worldwide, including Rowan Atkinson who invented Mr Bean.

Les vacances de M. Hulot (1953) was the first film in which Tati played the pipe-smoking, clumsy character who instantly became internationally famous, and appeared in many later films.

Other noteworthy films: Mon Oncle (in which M. Hulot works in a factory and tries to deal with the new technology in his sister’s modern apartment), Playtime and Trafic

One of the most widely recognized Nouvelle Vague filmmakers, Jean-Luc Godard is renowned for incorporating a huge variety of creative shots and storytelling techniques, which more conventional filmmakers at the time dismissed as “mistakes”, such as jump cuts and unusual angles.

By combining notions of high and low culture in his debut feature film À bout de souffle (1960), Godard achieved an unconventional style which felt refreshing and new, and continued to experiment with different techniques in each of his films for more than sixty years! In the 1960s, Godard created numerous provocative films about women and their lived experiences, the most famous of which are Une femme est une femme and Vivre sa vie.

A prolific filmmaker and writer whose work focuses on colonialism and post-colonialism in West Africa and France, Claire Denis explores a wide variety of feelings through implication.

The first film she directed, Chocolat (1988) – which is not the film about a chocolate shop – was praised by critics for its semi-autobiographical portrayal of a French woman who returns to post-colonial Cameroon, where she grew up, and reflects on her memories of life at a colonial outpost there.

Denis’ work creates a contemplative atmosphere which emphasizes cultural displacement and racial tensions, and the title for each film often contains multiple references, which encourage the viewer to (re-)examine the film’s imagery.

Other noteworthy films: Beau travail, 35 rhums (which focuses on the close relationship between a father and daughter) and High Life

Her most famous and critically acclaimed film Trop Noire pour être française? (2015 – Too Black to be French?) documents her research into her family history, and discusses race relations in French society today with historians and sociologists including Achille Mbembe, Pap Ndiaye and Eric Fassin. Boni-Claverie examines factors which prevent black French people from gaining higher social positions and explores ways in which their contributions to French society can be fully recognised.

She has also written numerous articles on race, identity and diversity in Le Huffington Post and Nouvel Obs, and has also published regular columns with the magazines Planète Jeunes, Revue Noire and Afrique Magazine.

That is our small list of 10 French film directors you should know about!

Whether you’re interested in cinematography or just a huge movie buff, hopefully you appreciated the article above. 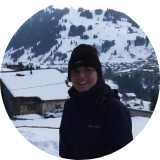