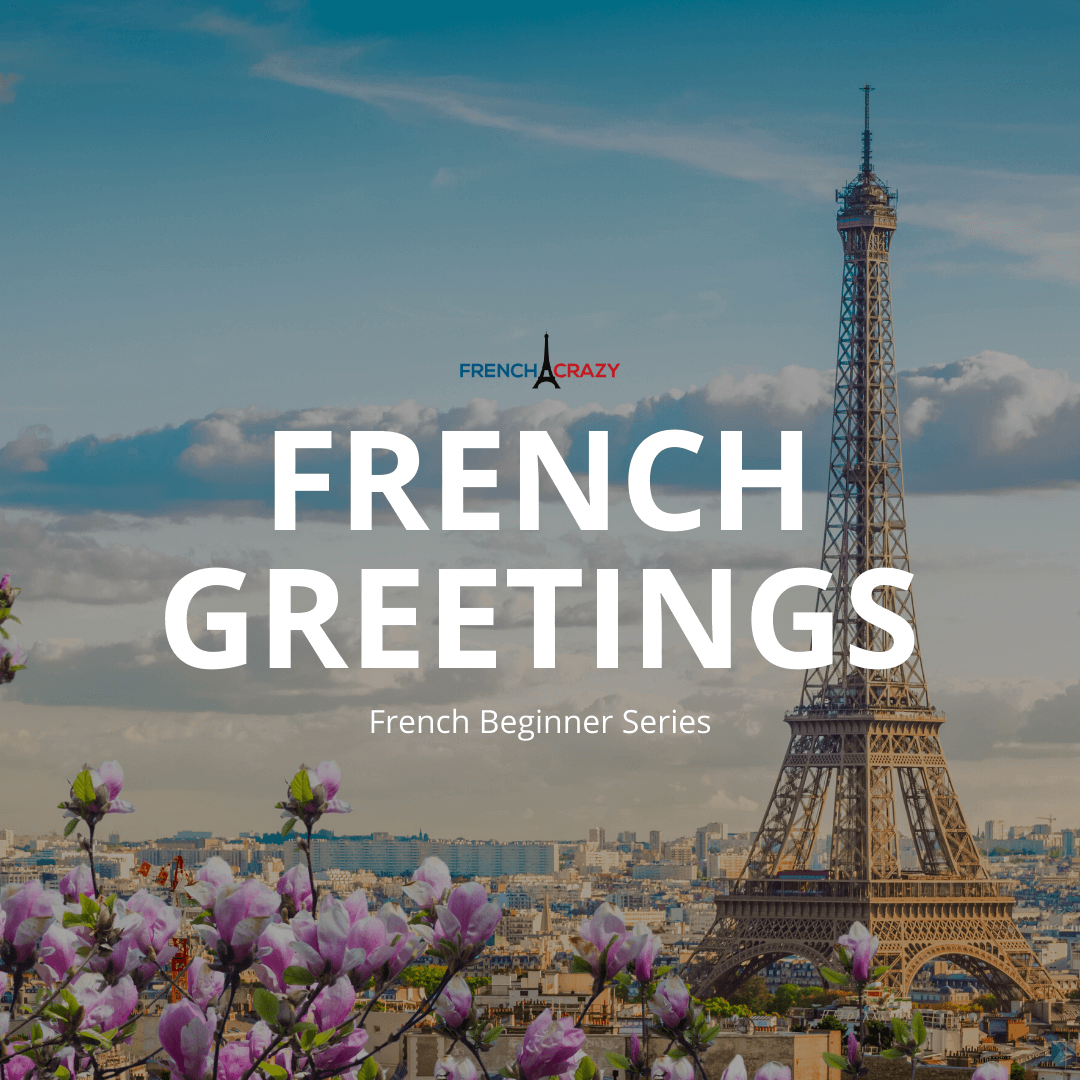 How do you say hello in French and greet one another? In this article we’ll go over a handful of simple expressions for you to use and jumpstart your French. I’ll start with the more typical French greetings first and then follow up with informal French greetings at the end of the article.

Bonjour can be said at any hour if you meet someone for the first time in the day.

The word literally translates to bon = good and jour = day.

You could honestly use this French greeting in the morning up until the afternoon or evening hours. There is no official “good morning” greeting in French other than bonjour.

As an aside, you never use bonjour when you’re leaving.

This French phrase is the counterpart of bonjour. Au Revoir is the standard way of saying “goodbye” or simply “bye.” It loosely translates to “see you again.”

This French greeting means “good afternoon” and is used when you are saying goodbye to someone after 12 PM up until around 5 or 6PM. It’s essentially wishing someone well for the rest of their afternoon.

Fun fact, the word “afternoon” could be masculine or feminine in French so you may see it spelled as bonne après-midi.

Bonsoir is the English equivalent of “good evening.” The phrase literally means bon = good soir = evening. This French greeting can be used both when you are meeting someone or when you are leaving them. Bonsoir typically replaces bonjour after around 6PM (18h00).

Bonne nuit is what we say before going to bed. The phrase is typically used when somebody is just about to go to sleep.

In this case, bonne = good and nuit = night. Since nuit is feminine, it gets the feminine form of the adjective bonne.

Salut (pronounced sah-loo) is a nifty word. It means both “hi” and “bye” depending on the context. Obviously if you’re seeing someone for the first time that day then it means “hi,” and if you’re ending the encounter it means “bye.”

Due to the informality, you can use this phrase with friends and family but you shouldn’t use it in a professional setting.

This phrase would be used if you’re leaving your place or work or the classroom and telling a friend bye.

It also can be used to highlight future events with someone. Say for instance you text a buddy or a date about plans tomorrow, you could throw in an à demain near the end of such a conversation.

À bientôt (ah be-n-tow) is a common way to say “bye” to someone in French. The English equivalent would be “see you soon.”

À plus (tard) is an expression for saying “bye” to someone.

This one is more difficulty for beginners to understand the pronunciation:

If you want to shorten this phrase to à plus, it’s pronounced ah-plooos with a prominent “s” at the end.

If you want to say the full expression, à plus tard, then it’s pronounced without the “s” as ah-ploo tard.

This is sometimes shortened to À+ in texting (see our article on French texting slang).

The French borrowed this one from their neighbors in Italy. Ciao in French is primarily used to say “bye.” This is contrary to Italian where it’s used to say both “hi” and “bye,” almost like salut.

By referring to this list of French greetings, you should be well-equipped to say hello and goodbye in a variety of settings. Any comments or questions can be left below the article.