How To Become Fluent in French Fast 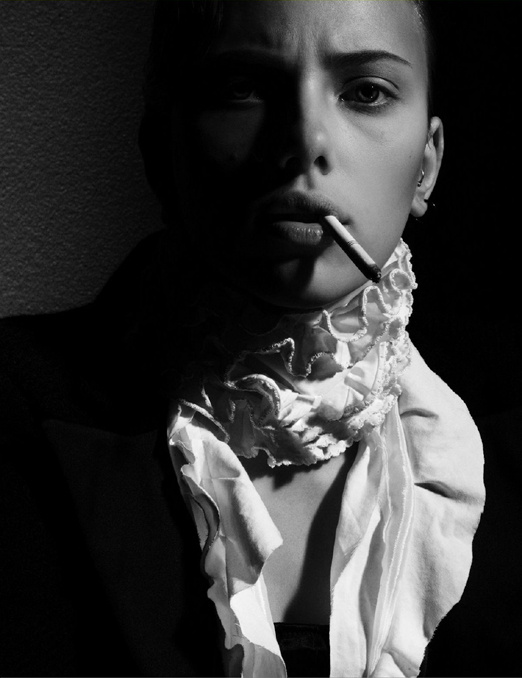 A French girl once told me that you can speed up your French fluency by smoking, because a lot of French people smoke.

But I did design a simple 8-step French fluency program to become fluent in French FAST. Fluency has multiple definitions, however I found that most people simply want to be efficient in conversations while some want the ability to read & write. If this is you, then keep reading. Before we start, let me just say that becoming fluent in any language is no easy feat, it will require a lot of work on your part if you want to do it quickly. So how do I become fluent in French fast? Let’s get started.

Just a note, the steps aren’t necessarily in chronological order and some you may not be able to do.

I’ve elaborated on how to speed up French fluency in my book, Fluent in French NOW.

Step One: The Correct Mindset

This step is crucial. Why do you want to learn French? Is it because you have family or French origins? Is it because you’re going to visit France soon? Is it because it’ll help your professional or personal endeavors? Is it because you want to read the original French text of Les Misérables or Madame Bovary? Whatever the reason, you need to take it, write it down, and place it somewhere you’ll notice often. This will be your motivation during those days you don’t feel like practicing… it’s all psychological. Without the will power or dedication, you won’t be any closer to French fluency. Especially if you’re learning French by yourself. I just started learning Italian on my own and my motivation is speaking to my girlfriend and my upcoming trip to Italy.

This method is so obvious, I kind of didn’t want to include it to the list. If you don’t know what immersion is, click on the following link where I beautifully describe it in another article: Immersion in France. Essentially immersion is moving yourself to a francophone area for some time. Immersion will have you speaking French so fast you won’t believe it, however you must avoid other English speakers as if  they have the plague (including the French people who want to practice their English with you)!

Because Immersion is not practical for many people; language courses are the 2nd best way to learn French. Courses provided through your high school, local college, accredited university, or French Universities  all are effective ways towards fluency. Honestly, 6-months of “intensive” French courses will have you getting started effectively and quickly.

Watch BFMTV; a French News channel which airs live from France nonstop,for 30 minutes to an hour EACH DAY, no exceptions. This is the same stuff French natives watch here in France (click here for BFMTV). In addition to this, listen to French music, add it to your iPod, and look at the lyrics / translations (you can find some translated songs here); attempt to read a French articles out loud to familiarize yourself with words and pronunciation (click here for some articles). Try to find French videos or simply watch your favorite English videos in French or with French subtitles! Learning French doesn’t have to be boring at all. Singing along to French songs will have you remembering useful sentence structures and acing your pronunciation. What’s better than your friends getting jealous when they are missing out on all the French fun and not understanding a word?

Overloading yourself in this manner daily will definitely show improvement, even if you are a beginner and know nothing! Watching the news not only challenges your oral comprehension, you’ll pick up on how the French tell the weather, how they introduce one another, and how they pronounce words, which is extremely important for the later steps. Watching your favorite videos with subtitles/ dubbed doesn’t cost you a thing a gives you more exposure to French.

I told you, becoming fluent in French fast requires a lot of work on your part. I happen to have some French family but this is not the case for everybody. But you can make French friends. Having them is a great way to improve your language skills.

Don’t forget to mimic natives! This may sound weird or silly, but if you hear something, say it out loud a few times – copying their intonation and pronunciation. My American friend would overhear French people talking and essentially mimic them, it works though because you’ll sound more and more like a native, fluent French person.

Your American/British friends count as resources! If they know French, speak to them in French… speak, speak, speak! I speak to one of my American co-workers in French and we have amazing conversations in a completely different language. It’s fun, and it allows you to find the weaknesses in your conversational ability.

For all of you who are saying, “I don’t know any French people or anyone who can speak French…” have no fear! Try to convince somebody you know to learn French with you! Conversations by yourself aren’t fun at all, but saying “bonjour” to someone learning the language with you will actually be meaningful. Having someone else learning the language can serve a person to make you strive for better results or study when you don’t feel like it.

If you want to have more “tools” added to your arsenal of French words, it’s a lot easier to continue on with a conversation. I would recommend using google, word reference, and/or a French dictionary to help you translate ANY word you stumble upon (reading, writing, or listening to the news). Follow up finding the definition with writing it down in a journal or notebook, maybe even make a correct French sentence using the word! All the extra trouble takes no longer than a minute and will allow you to retain words better. I know that in Italian, I look up words all the time, but only a small fraction of them will stick in my memory unless I write it down somewhere or use the word soon. As a little tip, reading is by far the best way to get more vocabulary and useful verbs. My mom and my friends (who don’t understand French) miraculously have the ability to understand French sentences which contain English cognates.

If you want a good article on some different ways to gain vocabulary, here it is: How to Increase my French Vocabulary?

By no means do I expect you to become the next linguistic mastermind. Simply put, the entire French language is composed of 37 sounds. Most of them exactly similar to English and others which have no place in our language. If you took a good listen to each phoneme (correct linguistic term for sounds that a language chooses), you’ll have a better understanding of French pronunciation. Check out this site and go through the sounds, all the exercises can be completed well within an hour. This step can be skipped until you have a more concrete understanding of the language, or not even accessed at all. I know many intermediate French speakers who know nothing about linguistics or French phonetics. Also, try reading this article which provides very useful pronunciation tips: French Phonetics.

Change your computer’s operating language to French. Change your Facebook to French now. Change you cellphone, iPod, or iPhone to French. Change your google web browser to the French one. Change your homepage to a French site like fr.yahoo.com. Hell, change your TV to French. You get the idea yet? One word of advice though, when you change the language settings… remember how you did it so you can always change it back if you need to. Everybody who picks up my phone seems impressed that it’s in another language (or very confused). This helps to learning French fast.

Free online software like DuoLingo exists to help you learn French! Otherwise, use software such as Fluenz French or Pimsleur to supplement your French language endeavors. Learning aids can be anywhere from nicely affordable ($20) to top-notch expensive ($500). Let it be known, that usually the increase in price is merited by a better product. I do not endorse Rosetta Stone for learning French, check this article to see why: Fluenz French versus Rosetta Stone French.

The bad thing about software is that it’s very limited in how much it really can teach you. I guarantee nobody has ever gotten “fluent” just from software. Software is usually a good alternative for if you cannot attend French classes or any reason.

Well, there you have it! By practicing everyday for 30 minutes to an hour a week, you will definitely achieve something depending on how effective your practice is. I know at first it goes slowly… I started going through Italian now and I feel as if I’ve hit a wall with what I can say. After you get a good foundation, you can move faster and faster, hopefully achieving that conversational-level before your next trip to France. Bon courage.