The Sad (and unfortunate) Story about Learning a Language 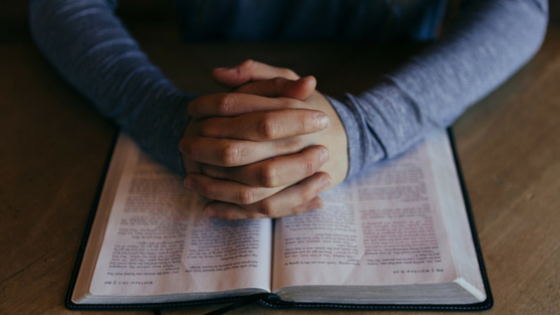 It’s three o’clock in the morning on an uneventful Monday and I just finished typing this article.

Because I recently read a comment on the internet and felt the immediate urge to organize my thoughts on a pressing matter.

Americans seem obsessed with making money… it also explains the general lack of sophistication among Americans regarding non-lucrative subjects  such as math, history, arts, culture… etc. In the US, the question of how this or that education will lead to more money is raised constantly. I suspect it won’t be long before the subjects above are simply cut from high school curricula.

As a young American interested in languages, this passage struck a chord for me.

A few years back my high school experienced budget cuts and tried to axe the French program to save money.

After a brief pause, emotions started to whirl within.

Luckily, the program was saved by a couple vocal students who signed petitions, wrote letters, and attended the school board meeting. Their personal stories about French’s impact deterred the cuts.

But this original comment made me wonder. Throughout my time in college or even in high school, I was questioned a lot about my intentions to learn French. Close friends, neighbors, and fellow classmates all wondered why I bothered learning French.

To them, it was always about money, money, and more money.

“Why are you learning French.. everybody in the United States is speaking Spanish. Jobs want Spanish skills.”

My desire to learn French far exceeds my desire to learn Spanish. Do you want to spend 10+ years learning something you’re not interested in? Maybe this is why so many people drop out of language courses!

“Wow, you made FrenchCrazy.com… it looks neat. HOW MUCH MONEY DOES IT MAKE YOU??“

Riiigghht, because the only reason I made this site was to become filthy rich?

“Well aren’t you trying to become a doctor… how is French relevant to medicine?”

Understanding patients from different backgrounds and learning at a rapid pace are vital to any medical professional. Both medicine and French are foreign languages to the average American. I already became fluent in one so I’m now ready for the other, and I honed my people-skills while living abroad!

Because the only reason to learn French is if you’re French, I guess.

Questions like these have become the bane for people who are actually interested in learning a language.

In statistics you learn about the concept of mutual exclusivity. For those of you who don’t know, it means that if event A occurs then event B cannot happen. If you flip a 2-sided coin, the outcome will be either heads or tails – never both.

People treat French-learning as a mutually exclusive event in life. If you’re learning French then you’re just wasting your time! You should be studying those medical textbooks. You should be out there working a part-time job! You should be learning Spanish, not French.

What if I told you that I did all of those things and more. I learned French over time and it rarely interfered with my day-to-day tasks.

While my peers were playing video games, dropping out of school, or working meaningless part-time jobs, I was interning in Paris over the summer or studying French abroad.

I had an exchange with an older gentleman and it went like this:

– So I see here you took a lot of French classes.

Yes, French was my 2nd major. I’m fluent in French. I have family in France.

No…. the French classes helped me become fluent in French! I also managed to live in France and adapt to novel situations.

He encompassed a mindset similar to the other nay-sayers.

He never had to stand in front of people and give presentations in a foreign language. He never had to use his French skills to beg for money in the Parisian metro system so he could get back to his uncle’s house. He never got to experience meeting complete strangers and learning their life story over a glass – only for them to share a bed with you for the evening.

Wanna know some other random things I spend hours on which confer no financial benefit to me?

I go to the gym on a frequent basis. I also used to run 10-20 miles a day for fun (with a monthly PR of 237 miles during May 2015). My exercise craving hasn’t earned me any money, in fact, it costs me the price of a gym membership, fresh food, and the latest sportswear. But I believe that a good body is the best fashion statement and exercise is a great stress-reliever.

Well since I’m not going to earn millions as a pro-athlete, the nay-sayers would say, “Why bother! Show me the money!”

Since 2002 I’ve played about five instruments. My school district is the only one in the area that offered a robust music program (chorus, orchestra, band, marching band, jazz band, chamber orchestra, etc…). Not only did I do 7 years of orchestra in school – I continued in college. To this day I write my own orchestra music and have a deep-loving appreciation for all things music. I’m such a nerd that I can listen to a pop song and guess the key signature or guesstimate the beats per minute. I analyze the major and minor chords and identify the specific intervals within a melody.

I cannot ever imagine a world where music wasn’t a facet of my life, but those nay-sayers who only care about money might overlook picking up an instrument.

I enjoy cooking primarily because I can avoid eating copious amounts of fast food. I make a few dishes well enough that my parents ask me to apron-up when we have company over. Just because I can handle the heat of a kitchen doesn’t mean I’m destined to be the next top chef.

Just those three activities alone show why I hate the whole money-making premise behind learning. Different disciplines give me a better general appreciation of the world. Somebody who loves painting, technology, hunting, or the inner-workings of economics will find meaning from those pursuits.

So is Learning French just a Hobby?

Yes and no, it depends.

Rather than mindlessly scrolling through Facebook or watching series after series on Netflix, I’d prefer to brush up my French. Atleast bilingualism has shown neurological benefits.

I know a few people who managed to use their French skills to position better paying jobs or secure competitive spots in graduate schools.

So where does that leave everybody else?

A hobby became an activity that is practiced regularly and usually with some worthwhile purpose. Hobbies are usually, but not always, practiced primarily for interest and enjoyment, rather than financial reward.

And you know what? If you enjoy learning French or if you have a deep-seated desire to learn it, don’t let some label hold you back.

Despite tutoring French and teaching English in France – my heart was set on studying medicine. I was recently accepted into a Physicians Assistant program where I’ll earn my masters degree. Notice how there’s no obvious link between the two fields?

Well on the surface French and medicine might seem unrelated. But in reality, my experiences abroad and my French skills shaped me into who I am today.

I found French to be useful in my life. I can’t put a price on the countless people I’ve met and the various new experiences I’ve encountered. The French language and my travels abroad have forever shaped me and you won’t experience the journey unless you follow your heart and take that plunge.

Being bilingual is more than just a hobby to me. It’s a part of who I am.

Ultimately, that’s the fortunate story about learning a language.