How to Cheaply Travel to France 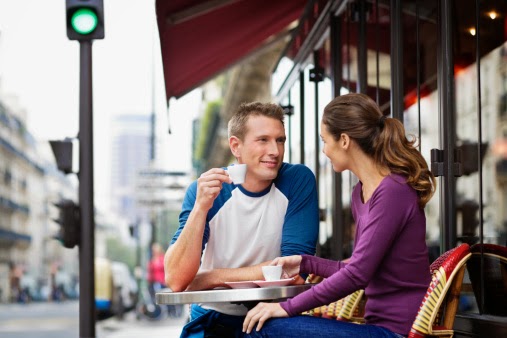 How to Travel to France Cheaply

The best way to practice your French and experience French culture is to venture abroad and see the beautiful country in person. However I’ve heard of people who spent THOUSANDS to visit France for a meager 7 to 10 day period. Ridiculous.

Here’s how to travel cheaply to the land of cheese and wine. Keep in mind, I’ve been going to France every year since 2009 for a month or two at a time. I’m not a millionaire, I’m a student. It’s more affordable than you think.

Bring a Friend or Companion

A cost effective way to save money is by sharing the experiences as well as the expenses. Although bringing a friend won’t save you money on airfare or train tickets it does diminish the costs of lodging and food. Not to mention, you’ll have a companion to always be there and take all of your goofy Facebook photos.

Stop dishing out hundreds on hotel prices! Couchsurfing, lets you crash at a person’s home for free and it’s a great way to save money while making a few new friends. If you’re not that adventurous then you could rent a room or an apartment at airbnb for prices that can embarrass hotels. Likewise use trivago, priceline, expedia, or kayak to compare hotel and hostel prices for the lowest rate. The price of a hostel is great for younger people; you might have to share a room, but you’ll save.

Hostels do sell private rooms, although the quality of them may vary. If you’re traveling with your family or a significant other and you like to live in luxury then hostels are not your thing – book a hotel or apartment. If you’re a student or a bunch of young kids then hostels can be a blast!

Another way to stay in France is by exchanging your house or finding a job as an aupair for a pre-determined amount of time.

One of the easiest ways to save money is to befriend locals and never be afraid to ask for help or information. If you don’t have a set itinerary for the day then ask some natives what are some good, cheap ways to have fun in the area.

I’ve built such great bonds with French people (both in France and in the USA) that they ask me to visit them, stay with them, or have dinner for a night. My weekend stay in Lyon at a girl’s place was paid with a nice box of chocolates rather than 100€ to a hotel. Having friends in cities like Strasbourg, Paris, Grenoble, Lyon, and Besançon allows me to stay in the country for next to nothing.

Just remember to show your appreciation towards your friends! A nice a gift goes a long way.

Having a car in Europe is oftentimes a hassle, especially in larger cities. Likewise using public transportation does not have the same “you’re so poor” connotation that exists in the States. This is a no brainer, you could spend a lot retding a car or save bundles with public transportation.

The SNCF (English site / French site) is France’s railway provider and has great discounts for students and those under 26 (from 25 – 60% off). The card requires a bit of verification and an upfront fee, but it lasts a year and for longer stays it helps you travel between cities for next to nothing. Overall using trains to travel around France or Europe is a safe bet, as well as RyanAir for flights in Europe.

In Paris, use the established metro system instead of paying for taxis or parking. In fact, the best way to get around on a budget is to walk or rent a bike.

Do Your Research Beforehand

Planning out your trip beforehand and purchasing all the major tickets necessary will save you time and money down the line. This goes for everything from train tickets and airfare to museums, tours, and hotels. The internet is a great resource. Most French cities have an official website where you can learn more about activities and interesting things to do in the area. You can find free music festivals, museums, monuments, sporting events, and nightlife information. Sometimes you can earn student or group discounts, so do the research.

Get The Best Exchange Rate

Budget travelers who don’t use the Euro in their home country need to be wary. Your bank will often give you the best rate, so use a credit card when you can, or pull money from an ATM if you don’t get tacked with international withdrawal fees. Google the current exchange rate and make sure you’re getting a good deal from kiosks. I remember once my mother exchanged some USD into 40 euros and we were tacked with almost 15 euros as a charge. That’s Paris for you. Don’t waste money like this.

Another good reason to know the exchange rate from Euros is so that when you buy things you keep in mind how much it costs if you were back at home.

Food in Europe is more expensive than in the United States (which is probably one of the reasons our country has obesity problems). If you eat out for every meal then you’ll wind up spending at least $30/person/day, which doesn’t even include going out to have a drink.

Shop at the local farmers market or a discount retailer for snacks and commodities like bottled water. Buy some bread, meat, and cheese and make sandwiches for lunch, or bring food with you during the day to satisfy one of your meals. Likewise, if you have the ability to cook and prepare your own meals then doing so once in a while can help reduce the costs of dining.

Please SKIP McDonalds and eat something that you wouldn’t necessarily find back at home.

Most areas in Paris charge exorbitant prices, so if you don’t have the burning desire to reside in the capital then skip the City of Lights. They charge more for almost everything because, well, it’s Paris. If you haven’t ventured outside of Paris then you’re missing out on what France is all about. Also, you’d be surprised how much cheaper (and nicer) other parts of France are!

If Paris is a must see destination on your trip then mix Paris with one other (cheaper) destination. Do one week in Paris then venture out to another area for a week before heading back home.

How to Get Cheap Airfare TO France

This is often the largest expense if you do not live near the European continent. Travelers from the United States, Canada, or Australia dish out hundreds on airfare before stepping into France.

Try to schedule your flight during a non-peak season (January-May, September-November) because the holiday travel and summer flights cost more. I find that AirFrance is unnecessarily more expensive than the American carriers so shop around! Also don’t be afraid of discount carriers such as: Iberia (operated by American Airlines) or Aer Lingus if you’re flying out of New York. I flew with XL airlines once and it was an OK experience although I’m not sure if I would ever book a flight with them again.

Schedule your flight online using kayak.com or any other discount travel site. Oftentimes selecting weekdays (Wednesday) or early/late departure times will give you cheaper airfares. The same goes with having a layover. Also, understand how much luggage the carrier allows you to bring and avoid any unnecessary fees!

Schedule your flight at least two to three months in advance for the cheapest fare. For travel to Europe, the price is the highest from the week before departure up until the day the flight leaves.

Lastly, have you considered alternative ways to earn airfare? I’m not trying to endorse the use of credit cards, but my father earns miles towards airfare when using his credit card. He purchased my last ticket to France for under $2 and also bought two tickets from New York to Miami for free through a miles reward program.

Closing Comments
Depending on how cash-strapped you are it is important to budget your money while making the most of your trip to France. If you don’t travel often then don’t be afraid to spoil yourself and indulge once in a while; there is a difference between treating yourself and wasting money.

Is there anything I missed with how to visit France cheaply? If so, you should drop a comment below! Likewise, let me know if this article was useful. As always, à bientôt !