Gender of French Nouns – How to Know

Is it masculine or Feminine? That is the question.

Ever since I started teaching French, one of the first questions I would get is “WHY are there genders.” This would always be followed by “How do I know the gender of a word in French?”

Let’s be honest, nothing is more annoying than forgetting the gender of a word. You construct the perfect sentence and then stumble upon a silly “le” or “la.” It stinks! So today we’re going to cover genders of nouns in French!

Why Are There Genders in French?

Why are there genders in French? What is the purpose?

Genders help differentiate words, especially homophones. While “pot” (pot/drinks) and “peau” (skin) have different spellings, they sound exactly the same in French. But French speakers won’t confuse the two because one is masculine (le pot) and the other is feminine (la peau).

The gender of a noun changes so many things. For instance, look at how countries in French use different prepositions depending on their gender. 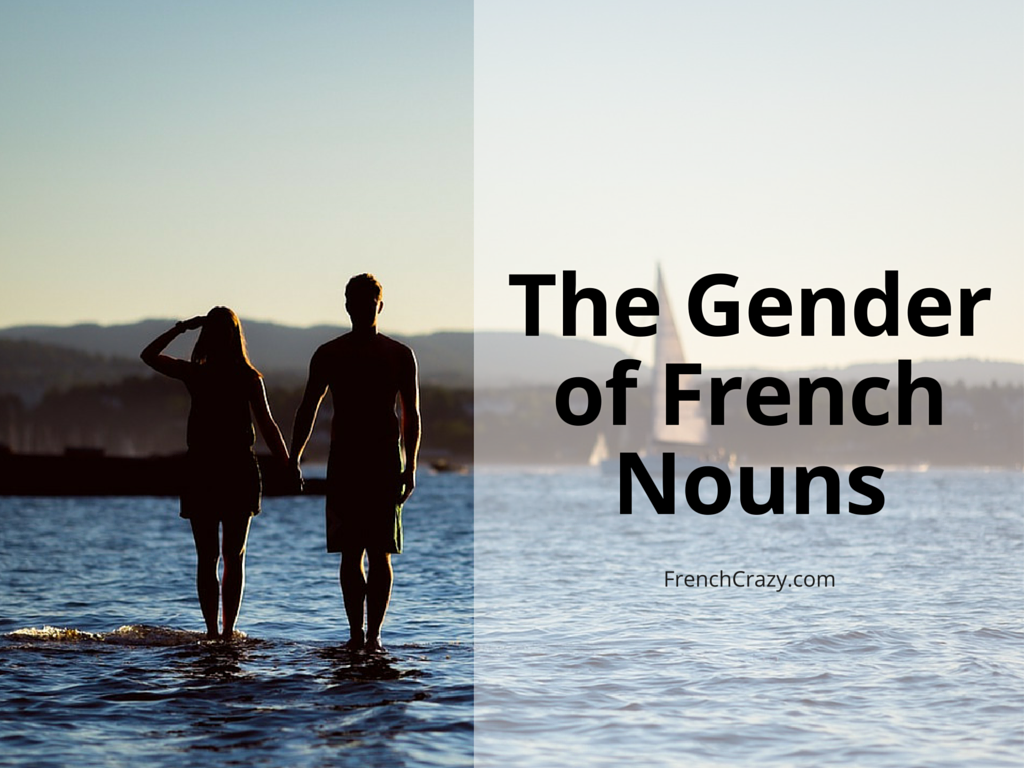 Figure out the Gender of French Nouns

According to Wikipedia, genders are derived from Proto-Indo-European languages. Back then, humans split inanimate and animate objects into distinct categories. As the French language evolved with time – the distinction remained.

I remember back in my early French I days. My teacher told us that the only way to master French noun genders is to put them to memory. It baffled us as students. Why the heck was table denoted as feminine?!

In school we are always given ridiculously huge lists of word endings to give an idea of genders, and it’s always noted that there are exceptions. Of course there are!

Because it’s not a set system that decides genders, they just are. Those lists are only bare guidelines. As soon as I came to this realization, I was able to get 80% of genders right by just thinking of what I hear, instead of thinking mechanically (or with a paper).

This is the best tactic.

It’s true that by using French vocabulary more frequently, you will remember the gender better.

The only us that there surefire way to know the gender of a noun in French is with a “ridiculously huge list of word endings.” A list like this can at least help you narrow down and make a guess that’s better than 50/50.

Why it is true that there is little logic to noun genders, if you put these 40 noun endings to memory then you’ll be on your way to correct genders in no time!

The following 40 endings are found in over 75% of French nouns. Exceptions do exist.

Hint: most words of foreign origin are masculine

Hint: a lot of words ending in “e” can be assumed to be feminine

Decide whether the following words are masculine or feminine in French:

Once you use a word enough times, certain genders will just “sound right.” That’s how you defeat those treacherous French genders!

Subconsciously you are creating a database of French words that you read, hear, or use. By saying la voiture in various sentences, soon its gender will become second nature.

Any questions or concerns can be addressed below! I hope this article helped establish how to figure out some of the genders of French nouns.